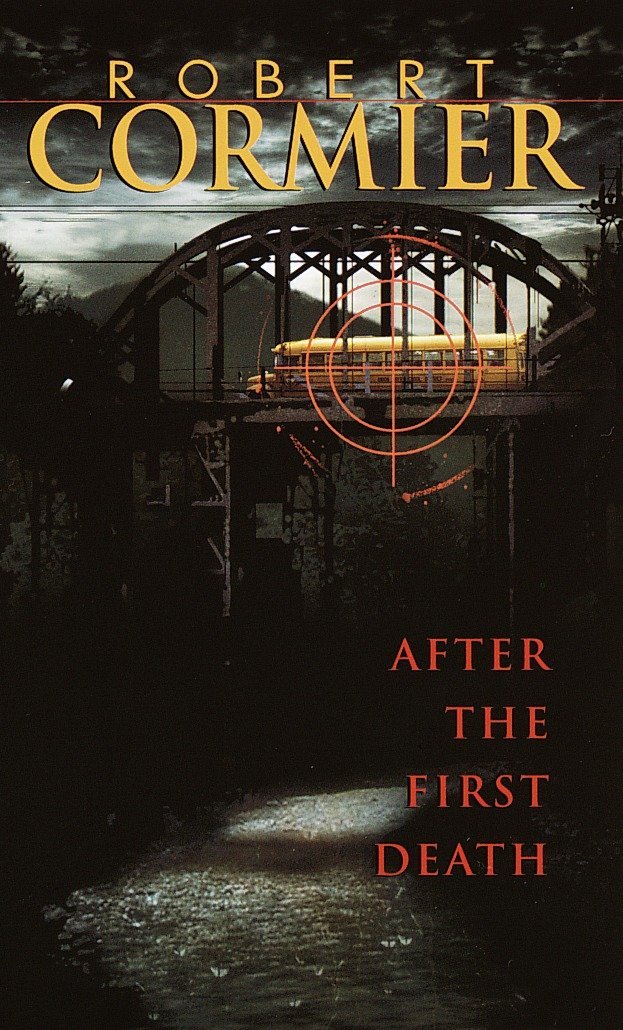 Robert Cormier was an American novelist who was known for his deeply pessimistic novels for young adults. In most of them, the protagonists are defeated in the end. Cormier began writing when he was very young; however, it was when he became a journalist that his writing career took off in earnest. He has won several prestigious awards.

For a terrorist, the first assassination was a significant one. Sixteen year old Miro had planned for the bus driver to be his first killing but it goes all wrong when he finds that, that day it is Kate, the niece of the driver who is driving the bus. The terrorists need her to keep the children calm so they let her live as long as it is convenient for them. The leader of the terrorists is Artkin who was like a mentor to Miro. Artkin is shot by Inner Delta, the terrorism response team. Miro thinks that it was he who caused Artkin’s death. He realizes that Kate has been manipulating him to stay alive. So he shoots her. She is his first killing though not the first one to die in the attack.

The novel is about a terrorist attack on a school bus. One of the members is a sixteen year old boy who has never seen the land he is fighting for but is fiercely patriotic. The terrorists are ready to kill anyone who is in the way. Raymond who has not been drugged is killed as the gang wants to make their intentions clear to the troops.

The terrorists know that they may be killed by the counter terrorism troops but go ahead with their plans. The ransom that they demand is for the people of their country and not for their personal use. Sixteen year old Miro has been so well indoctrinated that though he has never seen his country, he is ready to kill in its name.

Miro is a sixteen year old who has been picked up by the terrorists to be part of the cell. He has never been to his homeland yet he kills in its name. His parents were killed in a car crash. He has had a rough time early in life; probably he has been desensitized and does not mind killing.

She is an innocent victim of the raid. She is not a regular driver but as her uncle had reported sick, she offers to take his place. She shows resourcefulness in trying to drive away with the bus but luck is not on her side. Miro who is at an edge following the killing of Artkin shoots her.

He is sixteen like Kate and Miro. His father who is the head of the anti terrorism squad sends him with some proof. He is captured and tortured by the terrorists. He reveals some details but it turns out that his father had anticipated this and fed him with false information. Ben is shot dead by the terrorists. He resents the action of his father in involving him in the action.

The event is narrated in the even numbered chapters. A school bus driven by sixteen year old Kate, filled with children, is ambushed and hijacked by a group of terrorists. Sixteen year old Miro is one of them. This is the day he has to make his first killing – the bus driver is intended to be his victim. He is disappointed that Kate is the driver today. The leader wants Kate to be kept alive as she can control the children and keep them calm.

Things do not go on as expected. Kate tries to escape by driving away with the children but the bus breaks down.  Ben Marchand, the son of the head of the anti terrorism group is sent in with proof that the demand of the terrorists are being considered. Government troops attack them killing some of the terrorists while two children die and others are injured. Miro and Kate escape the shooting but Miro is edgy and shoots Kate as he feels she has been manipulating him in order to save herself. Miro hijacks a car after killing the driver and escapes.

Much of the action takes place on the bridge on which the bus stands stranded. For the terrorists and the hostages, the bridge is a link that will take them to life or death, success or failure.

I keep thinking I have a tunnel in my chest. The path the bullet took, burrowing through the flesh and sinew and whatever muscle the bullet encountered (I am not the macho-muscled type, not at five eleven and one hundred eighteen pounds).

Those are words of Ben Marchand, the sixteen year old son of Mark Marchand who headed the government forces. Ben was shot in the chest by the terrorists when he was sent in with proof that the government was considering their demands. Both the terrorists and troops are edgy and shooting breaks out. Ben is shot in his chest. It is not clear whether Ben is quite sane at this point or even alive.

“Miro’s assignment was to kill the driver.

Miro is the sixteen year old terrorist who is to make his first killing; his intended target is the bus driver. But things do not go as planned as the regular driver is sick and his sixteen year old niece has taken her place. For a terrorist, the first killing was important; it was a rite of passage that showed intent and courage.

Miro was a sixteen year old who had no family. His parents were dead, killed in a car crash. He had been groomed to be a terrorist but he had never seen the country he was killing for. Often Miro had an identity crisis. He did not know who he was. Was Miro Shantas his real name? He did not know himself.

“Some must die so that others may live. We are all soldiers although we war no uniforms.”

Sixteen year old Miro shows courage and determination when he says this. Though he has never seen his homeland, he believes he is fighting for it to be free. He sees killing as a necessity in this fight. It may be he who dies or someone else.