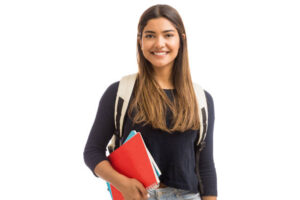 Analysis of ‘An Inspector calls’ by J B Priestly – An Inspector Calls is a three act drama set in the world war period and is written by J. B. Priestley. Priestley is an English dramatist who had strong political views. This drama has responsibility as its main theme and gender discrimination to some extent. It examines the human psychology of guilt in different people. This play was first staged in the Soviet Union in 1945 and then in UK in 1946. J. B. Priestley was against gender inequalities and for nuclear disarmament. He was unhappy that the world was moving to a very selfish mode and he is trying to put some good sense to the audience and readers.

Misery In The Form Of Inspector Goole

The play starts with celebrations in the Birling family. The daughter of Arthur Birling was just engaged to Gerald Croft and Arthur Birling gives a toast to the young couples in a way of speech. He tells one must be very self- centred to live in this world. He also talks about his achievements and that though they were a little low in the social ladder, he would soon be knighted and then the social indifference would disappear. Sheila, his daughter is also happy and it is to this happy family that Inspector Goole walks in.

Inspector Goole is investigating into the death of Eva Smith, who had died consuming some disinfectant. When he shows the picture of the woman to Mr Birling, he recognises her and says he had sacked her from his company for she had asked for more wages. The rest of the play is a series of questioning to all the family members. It is then revealed that Eva had also worked with Sheila and was dismissed by Sheila. Now it happens that two in the Birling family had troubled Eva and this could have led to her suicide.

Slowly Inspector Goole reveals that Eva then changed her name to Daisy Renton and Gerald Croft realizes that she was a girl with he had an affair and then left her in the lurch. Sheila is devastated yet a little pleased that he was man enough to admit his mistake. It slowly sinks into the family that more people in Birling family had affected the life of Eva. Finally the Inspector questions Mrs Birling and it comes as a revelation that she had turned down to help Eva some days before.

Eva had come saying she was pregnant and needed some asylum but it was refused by Mrs Birling. Now did this lead to the suicide of Eva as she lost the only hope of some good life? No, the most shocking news is that Eric, their son was the father of that unborn child. With this revelation it was clear that all in the family had in some way contributed to the death of Eva. In this pensive mood the Inspector walks off. Meanwhile Gerald gathers information that the inspector was fake.

They call up the Infirmary and get to know that there was no case of suicide for some months. The whole thing was a hoax, they realise. But the damage was done. All in the family formed a negative opinion and even fought with each other. Yet the final truth gave them a sense of relief but each of them had a noose of guilt around their neck. They realised that the Inspector had uncovered some facts about the family. Yet they were relieved that it was not true. The play closes with the phone ringing. It is a call from the police station. The voice says that a girl had just died consuming disinfectant and that they were coming to question Mr Birling and the family.

A very dramatic or rather an eerie ending which leaves a lot to the imagination of the audience and this is the success of the play. The stage set up does not require too many changes even though there are three acts. It is the home of the Birling’s that is shown throughout. It is the power of the plot that makes this play one of the best of J.B. Priestley.

Each of the characters has a very powerful role to play. Mr and Mrs Birling do not regret for what they did to Eva Smith. It can be they thought that theirs was a small injustice when compared to Eric’s action. However Eric and Sheila regret their actions and they are remorseful. Mr Birling sticks to his stand that people should take care of their needs and not indulge in charity. Inspector explains how each one is interdependent and that the action of one can have drastic effect on others.

In a matter of two years Eva Smith is targeted by all the members in the Birling family and it is only natural that the investigations lead the police to this household. But only one by one the truth is revealed and each one is more shocking than the previous one. It culminates in Eric doing the maximum damage. When they think all is lost, they are relieved to know that it was a hoax but once again this relief is short lived.

After the initial success runs of the play in UK, it was revived in 1992 by Stephen Daldry for the National Theatre. A tour of this play was conducted in UK in 2011-2012. In the nineties it bagged the Laurence Olivier Award for Best Revival, Tony Award for the Best Revival and the Drama Desk Award for Best Revival of a Play. Apart from stage shows, three films have adapted the story for their films. So also, two television series have its roots in this play. The theme of the play is very relevant for the modern man as he is becoming more self centred and needs to look at the problems of people around them.