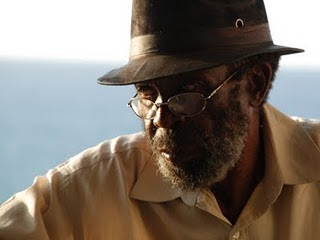 Analysis of ‘At the Bus Station’ by Julius Chingono

Analysis of ‘At the Bus Station’ by Julius Chingono – At the Bus Station is a simple poem written by Julius Chingono from Zimbabwe. Julius was born in 1946 to a farmer and went on to become a mine blaster. With mine blasting for a profession he wrote which was his passion and pastime. His poems were published in many anthologies of Shona poetry between the years 1968 and 1980. He has written one novel called ChipoChangu which was published in 1978. An award-winning play was the Ruvimbo which was published in 1980. Together is a collection of his poems and short stories. It also contains work of John Eppel and was co-published in 2011. Together was nominated for Pushcart Prize. Julius died in January 2011.

Synopsis – Analysis of ‘At the Bus Station’ by Julius Chingono

At the Bus Station is a simple poem about the troubles of getting on into a crowded bus. It has been written so beautifully to the small detail. A person who is a keen observer alone can come out with the small details. In case of Julius he not only observed but he was a part of the hard life that is depicted here. Most lines are dedicated to preparation of getting into the crowded bus while the last few lines on how to board the bus and how to maintain the position.

Julius Chingono takes the reader through various stages of preparation of getting into the bus. At first the tie has to be loosened up, pulled down or it should be removed and this is mainly to avoid strangulation. Next the buttons of the shirt and jacket should be unfastened lest all the buttons get lost. The third step is to tighten the shoelaces as it is certain that the passenger has to hand in the air. SO if the shoelaces aren’t tied the shoes might fall off. Next tighten the belt as there are all chances that in the scramble any loose pant might be pulled down.

Finally, remove the spectacles or it might fly off in the mad rush. Getting into the bus is a knack and it is advised that we hold to someone until we are in. With all these preparations as we get in, we are not to pay any attention to human sounds as words lose meaning till we are firmly rooted in the bus.

Structure – Analysis of ‘At the Bus Station’ by Julius Chingono

At the Bus Station is narration of the hurdles of getting into a bus and the preparation one needs to take to board a crowded bus. It is written as free verse. It’s almost like prose to read but the break of the sentences and the format in which it is written makes it poetry. It is written in very simple language and anybody can understand it. In 30 short lines the matter is conveyed very effectively and one wonders whether these instructions in prose form would have made an impact. It would not have created this effect.

The short lines are full of meaning and life. It is made of long sentences and when it is fragmented the first words are not written in capital letters. This is so because the idea conveyed is continued on to many more lines. This is something different from other poems we generally get to read. The pronoun ‘you’ and ‘your’ is used frequently making the reader a part of the happening. It is as if the reader has to get ready to board the bus. The use of this second person creates a personal touch to the poem and it is as if the poet is talking to us.

Important Themes – Analysis of ‘At the Bus Station’ by Julius Chingono

There is only one theme in the poem and that is the preparation of getting into the bus, a crowded bus. It is actually a skill that you get into the bus and get out of it unscathed. To escape from the mad rush to get into the bus, the tie has to be loosened to avoid suffocation. The buttons have to be unfastened otherwise all of them will fall off. The entry into the bus is bound to be a tussle and to keep the shirt and jacket intact it is better to loosen the buttons. So also the shoes might fall off so the shoelaces have to be tied properly.

Each line is an indication of the pitiable situation of the buses. It gives scope of imagination. The place where the poet lives has few buses and that there are many people travelling in many buses. So it is only natural that the buses are overcrowded. When many have to board the bus it requires great skill. So skill plus the preparation given by the poet might see safe boarding of the bus.

The most striking and humorous words are ‘fight’ and ‘battle’. To board the bus these to metaphors are used. Getting on to the crowded bus is akin to a fight or battle.

to board the bus……

The voices that you hear while climbing into this crowded bus are that of people shouting and of pain of people trampling over ones toes and being pushed. All these sounds are packed into two words, ‘human sounds’. Nobody listens to anyone until one is safely boarded into the bus. The phrase ‘bear in mind’ is used in the poem. The words ‘tighten your belt’ do not function as an idiom; it is used directly as tightening the belt. It does not indicate to manage with little.

Chingono’s poem ‘At the Bus Station’ is a joy to read. It is a well-crafted poem and one which all can relate to. It reveals the difficult conditions and the divided society and the struggles to survive in the competitive world. A traveller has to really fight to get into the bus at the bus station. The scramble is on because there is only one bus in a long time. The scramble is also to be a part of what the bus has to offer. There is satire and humour in the poem making it a delight to read.