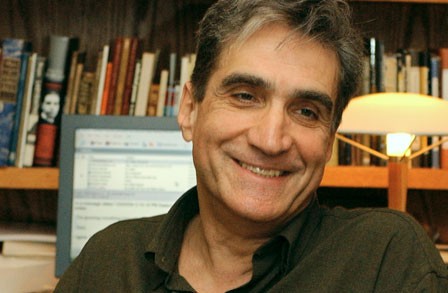 Analysis of ‘Shirt’ by Robert Pinsky - Robert Pinsky is an American essayist, literary critic, a translator and a poet. Shirt is one of his well read poems and it is about a great fire accident in 1911. He has authored nineteen books and most of it is collection of his poems. His translations are critically acclaimed. From 1997 to 2000 he served as Poet Laureate Consultant in Poetry to the Library of Congress. He now teaches in Boston University. The poem ‘Shirt’ is a thought over a purchase of a shirt but he brings in history of a sweatshop which was consumed into flames killing more than hundred people. It is a poem found in the collection titled The Want Bone which was published in 1990.

The poet has gone to buy a shirt but it starts with detailed explanation of the stiches and the folds in a shirt and in the second line he introduces the workers who were Koreans or Malaysians. These workers are gossiping during break and talking during work too. The poet lists out the technicians involved in the stitching of a shirt. He also names the tools used for the same.

Then he introduces the theme which is the very purpose of the poem the infamous blaze of 1911. It was the Triangle Factory which caught fire and one and hundred and forty six people died in the flame. It was in the ninth floor. There were fire extinguishers no fire escapes too and all the workers had to choose their death – death in the flames or death by jumping off the building. The witness across the road saw a young man brings girls to the window sill and then saw him drop. They knew they were falling to their death yet they tried this escape route. The third girl that came out was kissed long and after she was dropped he too jumped.

Pinsky flits to the description of his shirt and then back again to the times when the workers had poor working conditions and were treated as slaves. He comes back to the present where he says that Irma is the salesgirl ensuring the shirt is of the right fit. He muses that so many people’s efforts have gone into the making of the shirt.

The poem has few lines at the beginning, middle and the end which mentions that the poet is buying a shirt but the theme that is predominant in the poem is the people who make the shirt and their working conditions and he spiced it up with a historical event. The details of a cloth being stitched are given in many lines. All the words related to stitching comes in the poem arm piece, overseam, cuff, bobbin, treadle, and more. The styles in stitching and the workmen have all been mentioned in the poem. But the important theme is the human conditions of the people working and thisis highlighted through the accident.

There were immigrant workers from Korea and Malaysia and many other countries. They were as bad as ‘slaves’ and sweated out in these sweatshops, an apt term for a clothes manufacturing unit. They have long working hours. The place was quite small and crowded with very little comfort. They were under the strict surveillance of their owners. So the working conditions were not good. It was in such a similar sweatshop that a big flame caught on and more than hundred died. There were no ‘hydrants’ or ‘fire escapes’ in this manufacturing and this was the reason that many were engulfed in the flames. It was on the ninth floor so many opted to jump into their death.

When the poet is buying the shirt all these thoughts run into his mind. In spite of all the issues in such units, the work of the people is really good. The patterns, the plaids, the checks, the plackets, the button holes, the labels are all stitched to perfection.

Shirt is a free verse with 48 lines. The poem is a new genre but feels classic and that is because of its deep traditional roots. Literary recall of made objects is an age old technique. Homer describes the Achilles shield and other stories in his works. The “Ode on a Grecian Urn’ is also another example. In the case of Grecian it was about one single art piece but in this case it is about a mass produced shirt. There are minute details of fabrication and changes an ordinary shirt to a picture or text with images of distant places and times.

There are isolated noun phrases as the poem opens up and this registers the shirt’s features. ‘The back, the yoke, the yardage. Lapped seams….’ Pinsky moves from the past to present effortlessly. With just one line he allows the reader to understand that he is talking about the shop and the shirt he is about to buy.

After about six lines he writes ‘Of cuff I button my wrist.’ Then as he is describing the gruesome accident he shifts again mentioning the pattern and the plackets.  It is a pattern that he establishes modulating between physicality of a shirt to an imagined scene of how it is produced. This transition is mostly managed through grammar. The noun phrases at the beginning is followed by a past participle and then again by gerund. With the change in the grammar the idea also shifts. The use of enjambment by placing periods in between the lines helps in establishing word grouping that are essential for the drama of association.

An interviewer observed that Robert Pinsky had affection for the trade language especially in the poem Shirt. For this he replied that he had grown up with a lot skilled persons around him and there house painters, railroad workers, masons and more such people. His father was an optician. So he attributed his love and details of the trade language to his upbringing and his childhood days. The details might be his experiences from his childhood but there is master craftsman in him who could combine the new and the traditional and it is seen very well in the poem ‘Shirt’.

Title : The Book Of Night Women Author : Marlon James Context : The Book of Night Women (2009) is a historical fiction novel by the Jamaican author, Marlon James. The story is set in the late 1700s in Jamaica about a young woman named Lilith born into slavery at

Immigrant ‘Immigrant’ is a short autobiographical poem of Fleur Adcock that focuses on immigration of people and this is done through the imagery of birds. It is a throwback on time when she first moved to Britain from New Zealand. The poem ‘Immigrant‘  is in the collection of poems titled