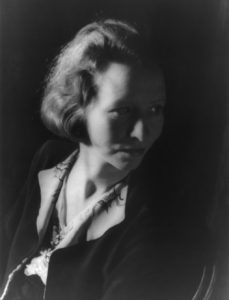 Analysis of ‘The Buck In the Snow’ by Edna St. Vincent Millay - ‘The Buck In the Snow’ is written by Edna St. Vincent Millay. Most importantly She was born at Rockland, Maine and started writing at a very young age. She died at the age of 58 at Austerlitz, New York and within this short span she wrote many poems and she was one of the most respected American poets of her times. Her pen name was Nancy Boyd. Her poem ‘Renascence’ was entered into the contest The Lyric Year in 1912.

All liked her poem but some judges thought differently and she got fourth place. Everyone was so upset and even the first place winner thought that Millay deserved the award. Therefore this incident brought a lot of popularity for Millay and from then on there was no looking back. She was awarded Pulitzer Prize for poetry in 1923 and Robert Frost Medal in 1943. ‘The Buck in the Snow’ was published in 1928.

Synopsis - Analysis of ‘The Buck In the Snow’ by Edna St. Vincent Millay

‘The Buck in the Snow’ talks about the power of death but that is brought out contrasting to the life and its beauty. It is winter time as what is described is hemlock completely covered with snow. The sky is also white. The poet is addressing someone in particular in the next line Also she is asking the person if he had not seen the antlered buck and the doe earlier in the evening. They were standing in the apple orchard.

As the poet was watching them they ran away with their tails up and with lovely and long leaps into the woods after crossing the wall which was covered with hemlock and they were covered with snow too. After this beautiful description, she brings the beautiful imagery crashing down in one line.

Now lies he here, his wild blood scalding the snow.

This line turns in the direction of the poem to things that are deeper. The buck was lying dead in the snow in no time. The next reference is to death as to what a leveller it is. It brings any man to his knees and in this case it brought the antler of the buck into the snow indicating defeat before death. She goes on to personify death by saying that death is here now and ere long it is has moved away under the hemlock and away. It could be on its way to the next victim.

As death moves there is a shift of snow and they fall to the ground. While the buck is dead the doe is still living with its attentive eyes. Since death is breaking all barriers, barriers of place and time, it will be not surprising if death came back for the doe.

Structure - Analysis of ‘The Buck In the Snow’ by Edna St. Vincent Millay

‘The Buck in the Snow’ is a twelve-line poem. It is divided into a quintet, a set of five lines, a single line and then a set of six lines, a sestet. It has an interesting rhyme scheme. The quintet and the single line makea,a,a,a,a,a rhyme scheme. ‘Snow, doe, go, slow, snow, snow’ are the words. Snow is used three times in these lines of the poem. The sestet has a rhyme which goes b,a,c,d,a,a and the word ‘snow’ is repeated one more time. The first five lines of the poem has images of peace and beauty and the one line shocks the listener into the reality and the second six linestaking the listener to thoughts of death. The meter of the line also varies.

The language used in the poem varies but has richness only in some lines as in ‘a feather of snow’, ‘antlered buck’. Imagery is used very well in the first six lines giving a clear picture of what was seen by the poet. “Wild blood scalding the snow’, ‘hemlocks bowed in snow’, are some example. The last six lines do not have any interesting use of imagery.

Enjambment is the continuation of the thought from one line to another and the thought ends in the next line. Enjambment is used twice in the same line, one as question mark, quickly followed by a period.

‘Ow’is used many times – bowed, snow, slow. A same sounding word with ‘ow’, doe, is used to give a lyrical touch to the poem. Assonance is when such a usage is seen in one line. The first line has an assonance ‘bowed with snow’. Adjectives liven up any description. In the description of the buck, doe and the snow adjectives are used. ‘White sky’, ‘antlered buck’, ‘wild blood’ are the examples of descriptive words.

Alliteration is a poetic device where words having the same letters are used consecutively. This gives a rhythm and a lyrical quality to the poem. ‘Long leaps lovely’, ‘loads a little, letting’, ‘life looking’ are the alliterations used in this poem.

The tone of the poem shifts from one of peace and a pristine world to one that casts a shadow of death over the pristine beauty. She does not shift the scene to talk about death. The background is the same but that pristine beauty is spoilt with the blood of the buck and the death looming all over. Death travels across time and space and no one is spared.

A buck and a doe had jumped over the wall to the hemlock woods very happily. The buck was killed and the doe now though alive might be the next target. The poem starts with a joyful tone in the quintet and the single line instils fear and anger, and the sestet ends with a mood which makes one brood over the impending death.

A personification of death is seen in the poem through the line ‘How strange a thing is a death, bringing to his knees, bringing to his antlers’. Bringing someone ‘to his knees’ is a usage when one defeats another. Here the buck is brought to his knees. The buck the animal is also given a human touch with the usage of the word ‘he’ and this usage creates an image of another human who has brought the buck down and that is death.

‘The Buck in the Snow’ read easy the quintet and the single line but after that the theme is also serious and the reader has to read carefully to understand the import of the next sestet. Also, it is a novel experience of reading a change of tone with one line and taking the reader into more serious thoughts thereafter.

Author Hiromi Kawakami is one of the most successful Japanese authors. She was born in Tokyo in 1958. She lives in Japan and teaches biology. She is a member of the Science Fiction Research Association. Profile Hiromi Kawakami spent her early days in the Takaido neighbourhood of Suginami City. She

Author Background Toni Morrison was the first African American woman to win the Nobel Prize for Literature. She was born in Ohio and lived there for the first few years of her life. Her novel Beloved is about the repression of memories and denial of the past, commonly seen among