Analysis of ‘The Diary of Nobody’, by George and Weedon Grossmith. 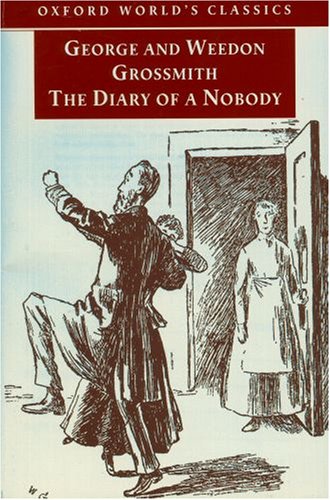 The Diary of Nobody is written by George and Weedon Grossmith brothers. It is an English comic novel with lovely illustrations done by Weedon Grosssmith. It first came as a serial in Punch magazine in the years 1888-89. It took its book form and was published in 1892. The book had extended text and more illustrations. Both the brothers were pursuing successful careers on stage. Weedon was also an illustrator and artist. Initially the book was not well received but it was soon recognised by critics as a classic in humour. Even when it was not popular it never ran out of print. The novel has seen several stages and it was adapted to screen as well in the later years. It was staged even in 2011. It became very popular with the lower and lower –middle class as the novel dealt with their aspirations and failures.

The story is in the form of a diary as the title indicates. It begins on April 3rd but the year is not mentioned. The novel has entries for 15 months. The plot revolves around three characters, Charles Pooter, his wife Caroline (Carrie) and their son Lupin. Lupin is introduced after a few chapters and his real name is William. The diary begins with the Pooters moving to a new house called “The Laurels”. Mr Pooter is a clerk in Perkupps which might be banking or an accountancy firm. The first few entries in the diary are about their friends and neighbours. There are entries of anger and skirmishes of Pooter and it is mostly because of his pomposity and self-importance.

They soon receive an invitation for a rare social event from the Lord Mayor of London and they go with great expectations but are thoroughly disappointed to find that it was a gathering of the undistinguished. Pooter overindulges in the champagne and collapses on the floor humiliating Carrie. Following this, their son who is twenty years old arrives and announces that he wants to be known as Lupin, his middle name. He has lost his job and Pooter is dismayed. However he hopes to get his son a job in Perkupps. They then go for an annual holiday and Pooter realizes that Lupin no longer listens to them and he was showing interest in amateur dramatics and joins a theatre group Holloway Comedians. Eventually Pooter gets Lupin a job in stockbrokers firm. As soon as he gets his job he announces his engagement with Daisy the sister of a co-artiste in the theatre group.

Pooter is disappointed because Daisy is eight years older than Lupin. The engagement breaks a few days after it was announced. But before Christmas they are back again in engagement. In the New Year, Pooter gets an increment of £100 per annum and is thrilled but this is overshadowed by Lupin’s announcement that he got £200 in stockbroking after investing £5. Lupin persuades his father and his friends to invest in Parachikka Chlorates from where he got the gains. Murray Posh is introduced as Lupin’s friend and Pooter feels that Daisy and Murray were getting too familiar for comfort. Lupin does not agree to this. The investment made by Pooter and his friends is lost as the principal had fled when the firm collapsed. Lupin loses his job again and with that he loses Daisy to Murray. Pooter manages to get him a job in Perkupps.

In April Pooter goes through another badly arranged and badly attended party and he ends up paying for the party. Lupin plays foul in the company and asks their prime client Mr.Crowbillion to move business from Perkupp. This loses him his job but he gets a commission from the new firm and a job there. Lupin resumes his friendship with Murray and Daisy who is now married to Posh. Now Posh has a sister called Lillie Girl and Lupin seems to take interest in her. Pooter is happy because Posh had invested £10,000 oh his sister. To make up for his son’s mistake Pooter brings in a new client HardfurHuttle to Perkupps. Perkupp is very happy and he buys The Laurels for Pooter. The Pooters celebrate and this celebration ends with a letter from Lupin stating that he was getting engaged to Lillie Girl.

Comedy can fall into many categories, to name a few, comedy of errors, situations, slapstick comedy, punning, and satire. The Diary of Nobody is a satire. Satire is like a mirror where the readers get to see everybody’s face except their own. A satirist guards, corrects and criticises the stupid things in the society. The faults of the society are exaggerated so that others can laugh. The wrongs of world are made laughable. In other words, satire is a form of protest.

The Diary of Nobody is satirical of the Victorian times and audience. They were used to reading accounts of famous people usually written in the form of lengthy dialogues and they were published in the so called ‘vanity press’. This meant that the people paid the publishers to print their story. Mr. Charles Pooter was a clerk and really a ‘nobody’ in the society. But he wants to ape the elite class of people and at the outset he assures his readers that ‘fails to see – because I do not happen to be a somebody – why my diary should not be interesting.’ The Grossmith brothers found the whole affair very pompous and that is reflected in this novel.

The Pooters want to go up the ladder and gets excited about the parties they are invited to. The first one is at the Mansion House and another one is by East Action Rifle Brigade. Both the balls turn about to be disastrous as they do not get to meet anyone who is above their class. The class factor is seen as a theme in this novel as Pooter constantly wants to move up and he has disdain for people he thinks are from the lower class. ‘Cycling’ was popular at that time as cycles were being manufactured and had become an affordable means of transport. Pooter’s friend is cycle enthusiast and the popular trend of that society is depicted in the novel.  The Diary of Nobody is a reflection of the times and a comic novel which has stood the test of time.

Author: George K. Ilsley Profile: George K. Ilsley is a Canadian writer born in 1958. He is from the Annapolis Valley in Nova Scotia, originally after which he was based in Vancouver, British Columbia. Random Acts of Hatred, a collection of short stories which he published focuses on the lives

From Sleep Unbound Author Chedid, Andree Related NotesAnalysis of 'Alice’s Adventures in Wonderland', by Lewis CarrollTimeline Chedid, Andree was an Egyptian-French novelist and poet of Lebanese and Christian descent. She was born on 20th March 1920 in Cairo, Egypt and died on 6th February 2011, in Paris, France. Synopsis The