Analysis of ‘The Stranger’ by Albert Camus 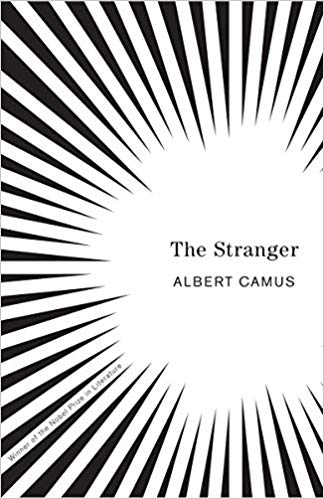 Analysis of ‘The Stranger' by Albert Camus

Analysis of ‘The Stranger' by Albert Camus - The Stranger is a French novel titled L’Étranger written by Albert Camus and was published in 1942. This book was translated four times to English. In UK it is titled The Outsider and in the US it is known as The stranger. The story is about a man who does not fit into expected mould or behaviours of the society but he is not abnormal or insane.

Albert Camus was a French journalist, author and philosopher. He received a Nobel Prize in Literature in 1957, at the age of 44, the second youngest person to receive this award. Camus views were responsible for the growth of a philosophy known as Absurdism. He is also known as existentialist but he has rejected this term which is used to describe him.

Summary - Analysis of ‘The Stranger' by Albert Camus

The narrator Meursault is the protagonist and is living in Algiers. He receives a telegram informing him of his mother’s death. By the time he reaches home the coffin is closed and he does not want it opened and he does not weep too. This shocks the people but he is not bothered and leaves the place immediately and reaches Algiers the same night. The next day he meets his colleague Marie Cardona and they have a date to watch a comedy movie and later spend the night together.  He meets some more people in the following days.

Salamano lives in the same building and he has a mangy dog. RaymondSintes is a pimp who beats his mistress and she leaves him. Raymond takes the help of Meursault to get his mistress back. Meursault obliges and writes a letter to his mistress. That night he sees Salamano who laments that his dog has run away. Marie comes back to ask if he would marry her. Meursault answers indifferently but agrees to it if she wanted it and they get engaged. Raymond’s mistress comes back seeing the letter but Raymond beats her again and she leaves and this time he gets a slap and summons from the police.

A few days later Raymond, Meursault and Marie go to a beach owned by Raymond’s friend Masson. At the beach they run into two Arabs of whom one is the brother of his mistress. A fight breaks out and the Arab stabs Raymond. After being treated for his stabs Raymond comes back to shoot the Arab. Meursault stops him. Later Meursault walks up to the Arab and shoots him.

Analysis of ‘The Stranger' by Albert Camus

Meursault is arrested but he is not remorseful at all. The lawyer is appalled at this attitude especially his lack of grief after his mother’s death. Marie visits him in the jail, slowly he gets used to his life in prison. He hopes to get married to her once he leaves the prison. On the day of his trial there were many people in the courtroom. They had come to watch the man who did not grieve his mother’s death and who killed for no reason.

Marie testifies that Meursault did not grieve and the following day the prosecutor calls Meursault a monster and a threat to the society. He is sentenced to death. The chaplain comes to change Meursault into a believer of god but fails rather he manhandles the chaplain. Chaplain also now believes that death is the only way out. Meursault now abandons his thoughts of life outside the prison and accepts the decision of the prosecutor and spend the rest of his days with ‘gentle indifference’ to the world.

Characters - Analysis of ‘The Stranger' by Albert Camus

Meursault is the person around whom the story revolves and he is the Stranger. He is a stranger because he does not fit into the norms of society. Meursault is emotionally indifferent. He does grieve his mother’s death; he is not emotionally attached to his girlfriend Marie. Meursault helps Raymond to bring his mistress back only to see that she is beaten. Meursault has his sympathies with her but when Raymond is attacked he protects him and even stops from becoming a murderer. But for some weird reason he shoots the Arab who attacked Raymond. His behaviour was unpredictable. He was honest but there was no reason behind his action or words. He was arrested for murder but was sentenced to death for his non-conformity. This summarises the character of Meursault.

Marie is Meursault’s co-worker who revives their friendship which results in their engagement. He loves Meursault in spite of his strange behaviour. She remains true to him till the end. She visits him in the jail to comfort him.

Raymond is Meursault’s neighbour and a pimp. He is very different from Meursault. He is violent man who beats up his mistress. Raymond does not trust her. When she leaves him he brings her back with the help of Meursault. He realises that a letter from a gentle person like Meursault will bring his mistress back. Once she comes back, he beats her again. He is attacked by his mistress’ brother. In retaliation he decides to kill the brother but is stopped by Meursault. Raymond was a man who was emotionally charged most of the time.

Salamano is another neighbour of Meursault. Other characters include the chaplain, the caretaker and director of the home in which Meursault’s mother stayed. The m other, Masson, Arabs and the magistrate are the other characters in the novel The Stranger.

The themes of the story are absurdism, meaningless of human life and the importance of physical world. Camus philosophy of absurdism reflects all through the novel, through his characters and the story line. There is mention of Salamano whose presence in the novel does not make any impact. Raymond being helped by Meursault is also strange. The strangest event is Meursault killing the Arab for no reason. Then Meursault’s character is really different. He is not mentally challenged; he is normal but unable to conform to the rules and ways of the society thus making him a stranger to the society.

Meursault realises the meaningless in life in the prison. Death was the only truth, whether you die a natural death or are sentenced to be beheaded. Life had no meaning according to Meursault. Since life had no purpose for him, the natural inclination was to the physical world. For Meursault the world was the only truth and nothing subtler existed for him.

The story is mostly set in Algiers. It moves to the town where Meursault’s mother lived and died. Other places are the beach house of Masson and for most part it the prison where he is jailed becomes the setting.

“On the surface, L'Etranger gives the appearance of being an extremely simple though carefully planned and written book. In reality, it is a dense and rich creation, full of undiscovered meanings and formal qualities.” Carl Viaggiani.

In his 1970 analysis, Leo Bersani commented that L'Etranger is "mediocre" in its attempt to be a "'profound' novel", but describes the novel as an "impressive if flawed exercise in a kind of writing promoted by the New Novelists of the 1950s".

Author Background Toni Morrison was the first African American woman to win the Nobel Prize for Literature. She was born in Ohio and lived there for the first few years of her life. Her novel Beloved is about the repression of memories and denial of the past, commonly seen among

Title: The Storm Author: Arif Anwar Context: The Storm is a historical fiction debut novel by Arif Anwar set in Bangladesh during the 1900s. The novel presents the many different ways in which families can show love and affection, betray, honor and also make sacrifices for each other. Synopsis: The