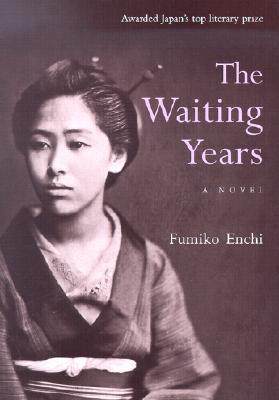 Analysis of ‘The Waiting Years’ by Fumiko Udea - The Waiting Years is written by Fumika Udea whose pen name was Fumika Enchi and she was one of the famous women Japanese writers of the Showa period of Japan. Her career began with a one-act stage play which was well received. She wrote few more plays and then moved on to writing stories. Her stories were not as well received as her plays. She found it hard to publish her stories.

One of her early novels The Tale of Genji was serialised. She stopped writing for some time due to her ill health. When she began writing in 1953 it was received well. The Waiting Years took her eight years to write and was published in 1957. There were not many female writers then and her work was scrutinized a lot but The Waiting Years was considered as a good novel. This novel won her Noma Literature Prize. Her novels in the second innings were on exploring female sexuality and psychology.

The Waiting Years has this as theme as it was as story set in the last years of the 19th century where rich men could take concubines to maintain their status. Enchi even wrote about eroticism in aging women. Enchi was made Person of Cultural Merit in 1979. The Japanese Government awarded her Order of Culture in 1986. She was taken into the Japan Art Academy shortly before her death in 1986.

Summary - Analysis of ‘The Waiting Years’ by Fumiko Udea

The plot of The Waiting Years is set in the early Meiji era of Japan which was from 1868 to 1912. It is the story of Tomo and her husband YukitomoShirakawa who is a mid-level government official and who was sometimes considered elite. Tomo is ten years younger than YukitomoShirakawa but is married to him which meant that she was his wife. But the wife of elite man was a miserable post as it was customary for the wealthy men to take as many concubines as they wanted. The story begins with YukitomoShirakawa wanting a concubine and Tomo, his wife had to find one. Tomo was infuriated but she could do nothing about it and went in search of a young girl.

Tomo interviews the girls and through these interviews Enchi describes the plight of these young girls. These girls are sold into slavery by the families. They are trained to clean and perform sexual functions for their masters and they remain in that household for the rest of their life unless someone comes forward to marry them. These girls are very young between the age of thirteen and fifteen. After interviewing many she brings home a fifteen year old girl called Suga much to her discomfort. She could not imagine her husband having sex with the concubine but she had to bring that girl.

Tomo and Suga are unhappy about their lot and it was understood that Yukitomo was very brutal during his sexual act. Tomo was sad she might lose her husband’s love to Suga. Suga is not just a concubine but she doubles up as maid as well looking into the household matters.

After some years another concubine is added and this new girl was called Yuri. Yuri and Suga become great friends. They thought they might have been sisters in another life. The two are very happy and one day Yuri gets married leavingSuga very sad. To replace Yuri, Miya is brought in who is a flirtatious girl and is a trouble for everyone at home. By them Tomo and Suga have crossed their prime. Suga also did not interest Yukitomo anymore. So Tomo and Suga kept each other company and both looked after Tomo’s daughter Etsuko.Forty years of their life is described in detail and it’s mostly the trauma faced by the women. Towards the end of the novel Tomo sees that Japan was changing and that women’s rights were given a lot of importance. The book ends with the death of Tomo.

Analysis - Analysis of ‘The Waiting Years’ by Fumiko Udea

The life of Tomo for most men would seem to be a fulfilled life but the reality was that Tomo was one of the unhappiest women. For the men, Tomo was married to government official and she had a daughter in that marriage and she had women to help her around the house. There is nothing more a woman would want was the thought of men of the elite. The help around the house would transform in to a mistress in bed at night and that was something no wife could accept; this was never understood. Unfortunately this was the state of most women of Japan during that period. To keep her husband’s status intact she had to go searching for a concubine for her husband. The man’s status was at the cost of the woman’s pain.

On the other side the young girls coming into these rich homes were not happy either. It was a caged life. The cage might have been made of gold nevertheless it was a cage which clipped the freedom of the young girls. FumikoEnchi ends the novel with a positive note that Tomo was a witness to the changes happening in Japan. Tomo could not gain anything from it but was happy that the women in future would not suffer as much as she and her generation did. Fumiko could write it with confidence she was a witness to the changing Japan.

The Waiting Years had all that a novel needed to be a good novel but some aspects of it were criticised. One big factor was the standards set by Yasunari Kawabata who brought in life to his characters. There were layers of personality in his characters. The readers compared Enchi’s novel with his and it fell short of their expectations. It was felt that the characters were not fully explored though the story extended for a long period of time. Yukitomo was seen as unsympathetic for almost the whole novel and only in the end he was seen as a person with some emotions in him. He was not a bad person but one who went with the times and one who was very reserved. The women of the Meiji Era were waiting for better times and the title The Waiting Years says it all.

Tiger in the Menagerie – Emma Jones Background Emma Jones is a young Australian poet. Born to a British mother and an Australian father, she was educated in Sydney. Her first volume of poetry had the distinction of being published by Faber. After getting a degree in English, Emma Jones

Author: Lord Alfred Douglas Profile: Lord Alfred Douglas was a British poet and journalist. He was born in Powick, Worcestershire, England and died in Lancing, Sussex, England. He completed his education at Wixenford School and Winchester College. While completing his studies at Oxford, Douglas edited, The Spirit Lamp, an undergraduate