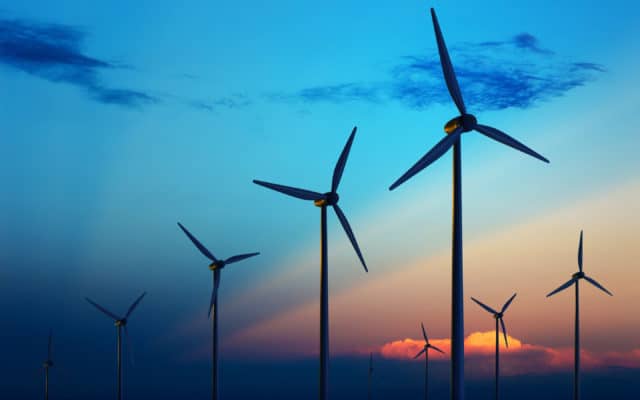 Energy is used by human beings for doing different activities and for their existence. Conventional energy sources are of different types. One vital component in the infrastructure of economy, is energy, be it sectors like economical, agriculture, residential or industry.

The different kinds of conventional energy sources are:

Oil is extracted from deposits called as oil resources. Oil is one of the most vital conventional energy source and used abundantly in India.

Petroleum is a black liquid, in crude form. It is a mixture of hydrocarbons like cycloalkanes and alkanes. When the gas comes in contact with the petroleum layer, then natural gas is formed which is a mixture of 50 to 90% of Butane, Hydrogen Sulphide, Methane, Propane and Ethane. Crude petroleum is refined and purified to obtain plastic, petrol, lubricating oil, diesel, etc. As compared to other fossil fuels, pollution caused by natural gas is lesser and hence is favorably used in the household sector.

Coal, a black-brown sedimentary rock, is a hugely available conventional energy source. The remains of plants first get converted into lignite and later anthracite after which coal is formed. The coal forming process is very long. This fuel is used in electricity generation by thermal plants, in heating the house and in steam engines and boilers as fuel.

Fuel wood is available from plantations and natural forests. People in rural areas use it for cooking on a regular basis, however due to rapid deforestation, its availability has become lesser these days. By growing more trees on wasteland, degraded forest land, barren land grazing land and cultural wasteland, this issue can be avoided.

Nuclear substances contain radioactive substances that produce lots of energy. Nuclear energy is a conventional and most environment friendly energy source in producing electricity. However when nuclear energy is released accidently in high amounts in the atmosphere, it proves to be very hazardous and its remains are radioactive.

Fossil fuels are burnt in huge numbers by power stations for producing steam and heating water to run turbines for electricity generation.  Fuel is burn by the thermal plants to produce heat energy which is in turn is converted into electrical energy. As compared to transmitting petroleum or coal over the same distance, the electricity transmission is much more efficient, with power plants.

Non-conventional energy sources like biomass, sunlight, wind and water are available in abundance in India. India is dependent more fossil fuels like gas, coal and oil. However overexploitation and increasing prices of resources is making these resources gradually scarce for the future. Environmental issues get severe due with excessive fossil use. It is for this reason that renewable energy sources like biomass, solar energy, tide, wind and energy availed from waste material have increased in demand.

India has become a popular as a ‘wind super power’ across the globe. Large clusters of wind farms are located from Nagarcoil to Madurai in Tamil Nadu, Lakshadweep, Andhra Pradesh, Maharashtra, Karnataka, Kerala and Gujarat. Wind energy is being used effectively in Jaisalmer and Nagarcoil in India.

In rural areas, biogas is produced from human and animal waste, farm waste and shrubs, for domestic consumption. The gas obtained from decomposed organic matter has superior thermal efficiency as compared to charcoal, kerosene and dung cake. Cattle dung is used for producing Gobar gas from the Gobar gas plants in rural India. These plants provide dual benefits in the form of improved quality of manure and energy.

Heat obtained from the interior of the Earth is used for generating geothermal energy. With increasing depth within the Earth, it gets hotter and hotter. In places where the geothermal gradient is high, the temperatures are higher even at shallow depths. Heat from the rocks is absorbed by groundwater in such areas and as it rises to the surface of the earth, it gets converted into steam. The steam obtained is used for electricity generation and running turbines.

Electricity is generated from the hundreds of hot springs in India. Geothermal energy is harnessed from 2 experimental projects set up in the Puja Valley in Ladakh and Parvati Valley near Manikarn in Himachal Pradesh.

Electricity is generated from oceanic tides. Floodgate dams are constructed across inlets. When water flows into the inlet during a high tide, the gate is closed to trap the water to produce tidal energy. Tidal energy is ideally utilized in the Gulf of Kuchchh where the National Hydropower Corporation has set up a 900 mega watt tidal energy power plant.

Possibilities of tapping solar energy in India are enormous. Sunlight has become a popular energy source in both remote and rural areas for obtain electricity with the use of photovoltaic technology. India’s biggest solar plant is at Bhuj, Madhapur. Here milk cans are sterilized by using solar energy. Dependency on dung cakes and firewood in rural households will get minimized with efficient use of solar energy. This in turn will enable enough manure supply in agriculture and

When the economy faces a problem in the energy resource supply, it is called an energy crisis. In recent years demand for energy has increased due to population growth and industrial development. Manipulation in markets, wars and localized shortages, bottlenecks at port facilities and oil refineries, over-consumption, disruption at choke point, aging infrastructure, official ban by the government and strikes organized by unions are also causes of energy crisis.

Price factor is substantially impacted by large manipulations and fluctuations. Energy supplies many get interrupted due to, militia or terrorists attacks on infrastructure, damage to infrastructure by critical weather conditions, political events, collapse of monarchy, accidents and failure in pipelines, etc.

When a regime or government changes a shortage gets created in the production of gas and disruption of oil. Useless and excessive use of fuels can also lead to shortage of fuel. Maximum extraction of fuels also leads to availability of petroleum and other fuels towards a decline in the long term. Accordingly price of petroleum and other products derived from it, increase significantly. Implications on the economic and social front, only gets more serious.

It is because of the energy resource that all other resources can be exploited. A shortage of energy develops when there is failure in the energy markets. Periods of an unexpected outage of power, insufficient supply or blackouts are experienced by electricity consumers.

Oil producing economies are affected adversely with restricted oil supply by industrialized countries. As far as the consumer is concerned the price of diesel, gasoline and natural gas for vehicles, increases. For consumers, energy efficient measures and latest technology become more desirable to lower down transportation prices. Calling for investigations and reports, into fuel prices, as an early response can initiate development of a urban infrastructure that is much more sustainable.

Alternatives need to be found by the government to phase out petroleum and fuel use over a period of 1 to 2 decades. Use of unconventional oil, substituting fuel and conserving energy could be included to reduce severity of energy crisis.

Reformation in energy policies becomes important to ensure improved energy intensity. During a peak-oil crisis, implementing a power-down and advocating reforms for development of energy are methods the government could adopt to manage energy crisis. Steepening prices of natural gas and oil by governments of countries, over the next few decades, is an effective way of avoiding serious energy crisis.

Whether it is water supply, cooking or heating, the shortage of electricity is felt most. If the energy crisis remains sustained it may turn out to be a humanitarian crisis. Usage of energy can be monitored by conducting energy audits. Reduction of consumption can be initiated by introducing various curfews. Rationing of fuel and energy may be incurred in worst energy crisis situations.

An effort made to decrease energy consumption by utilizing less of an energy service is termed as conservation of energy. By minimizing the amount of service used or using less energy in a much more efficient manner, it is possible to achieve this.  As far as the eco-sufficiency concept goes, energy conservation is an important part. The requirement of energy services can be lessened by energy conservation, which can lead to increase in higher savings, improvement in quality of environment, personal financial security and national security. Depletion of resources in the future can be prevented by bringing down energy prices.

Shifting The Method Of Consumption

New buildings fitted with passive solar designs are able to take advantage of solar energy. With passive solar designs, the floors, walls and windows of buildings are able to gather, stock and distribute solar energy in the form of the heat during winter and in summer, dismiss solar heat. Such a solar energy design does not involve use of any electrical or mechanical devices. While this technique can be applied to newly constructed buildings, the older building can be fitted with the design technique.

Improving maintenance and operation, upgrading technology, improving efficiency and reducing losses and wastage, energy can be conserved. Stabilizing growth of population is effective way of reducing energy at a global level. Life cycle of machine components can be improved by adopting practices of green engineering and in the process, reduce losses.

To save energy used for transportation purposes, bicycling and walking is encouraged as part of evolvement of infrastructure in suburban areas. Instead of commuting every day to offices, people are encouraged to take up work from home jobs.

Manufacturing energy efficient consumer products for residential and commercial lighting use is another way to conserve energy. Though the upfront cost of energy efficient alternatives is higher, they offer low energy use and longer lifespan. This way, consumers are able to save a good amount of money.

By switching off appliances in unoccupied rooms is a great effort to improve conservation of energy in buildings. Energy audits if conducted periodically can provide an analysis of energy conservation and energy use in the building, for which trained professionals are best to appoint.  Energy audits become easy for homeowners to conduct these days with the availability of smartphone advanced applications. Energy can be saved with advanced metering of real-time energy.

Government bodies in India promote and encourage efficient use and conservation of energy in every walk of life. Accordingly mass-media campaigns in print media, radio and television are done on regular basis to encourage awareness in public which in turn leads to reducing pollution and saving of fossil fuels.