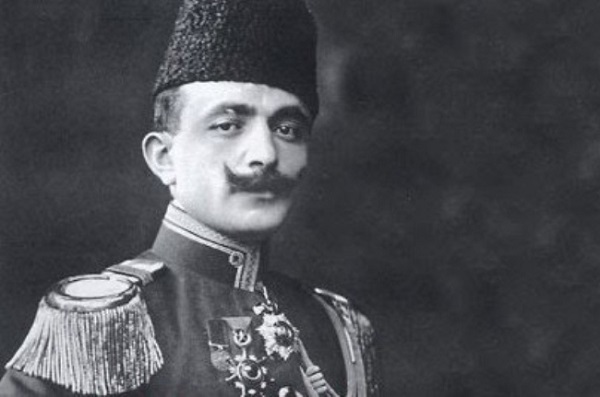 Ismail Enver Pasha was a Turkish soldier, an Ottoman military officer and led the Young Turk Revolution in 1908. He was one of the most unique dictators killed in the quest for power. In both the World War I and Balkan Wars, he became the main leader of the Ottoman Empire from 1913 to 1918. After the Ottoman defeat in 1918, he made an attempt to organize the Turkic peoples of Central Asia against the Soviets.
2. Timeline
Ismail Anwar Pasha was born on 22nd November 1881 in Istanbul, Turkey. He died on 4th August 1922 in Bukharan People’s Soviet Republic.
3.Country
Turkey
4.Rise To Power

After joining the military, he was posted to Salonika as subaltern. It was here he joined an antigovernment group secretly. In 1908 he rose in the public eye rapidly, defied Sultan Abdul Hamid II and fled into the Macedonian Hills with fellow rebel officers. Restoring the Constitution of 1876 that was suspended since the year 1877 was their demand. Ismail Enver Pasha enjoyed activities as member of the Liberal Committee of Union and Progress. He was alert to the dramatic and action minded especially after the 3d Army Corps was threatened in July to march on Istanbul and forced Abdul Hamid for restoring the constitution. A government was established under Mahmud Shevket by the Young Turks, but on April 14, 1909 he was overthrown. After participating in the movements he served as military attaché in Berlin.
5.Dictatorship

Though Ismail Enver Pasha had battlefield experience, he wasn’t good at leading the army and kept losing battle after battle. In the process of compensating his shameful loss in Sarikamish, he killed 1.5 million Armenians and more than 1 million people belonging to other races.
6.End Of Regime

The Ottoman Empire entered into the World War I subsequently on his approval to the German bombardment of Sevastopol and Odessa. Anwar Pasha was defeated disastrously in 1914-1915 when the Turkish army was involved in the Caucasus, in which Armenians were evacuated, killed and deported in huge numbers. In the government he became a dominant personality but his vanity and aloofness got him alienated from other Young Turks. Later he fled to first Germany and Russia on collapse of the Ottoman Empire. On 4th Augst 1922, he was condemned to death in Istanbul. While leading the anti-Bolshevik insurrection amongst Turks in Central Asia, he died in Bukhara.
7.Short Term Impact

Ismail Anwar Pasha joined the Turkish defense of Benghazi against the Italians in 1911 after he was awed by militarism in Prussia. He became the chief of staff of the 10th Army Corps on his return to Istanbul. He led the army into the Second Balkan War in which Anwar occupied Edirne again.
The Young Turks got control of the government in January 1913 and their aggressiveness intensified after the assassination of Mahmud Shevket, their premier. After the major purge followed, in one day itself Pasha dismissed more than 1200 officers and achieved a strategic position as war minister.

Actions of Ismail Enver Pasha caused death of Armenians in millions which set precedent of a genocide unfortunately.

Ismail Enver Pasha was known as Enver Bey or Enver Pasha to many of the European powers.
The nickname ‘Hero of Liberty’ was given to him for contributions to the Young Turk Revolution.
In both the World War I and Balkan Wars, he was the main leader of the Ottoman Empire.

Crossing the Water Sylvia Plath was born on October 27, 1932 and went on to become one of the popular American poets of the 20th century. She was best known for her novel ‘Bell Jar’ and her collection of poems titled ‘Ariel’ and ‘The Colossus’. After her college she married

Solidarity in Poland Thirty three years ago, in the year 1980, the workers at Lenin shipyard in Gdansk, Poland struck work under the leadership of an electrician named Lech Walesa, who addressed the masses in his now legendary and historic words: “We are an independent self-governing trade union. We have