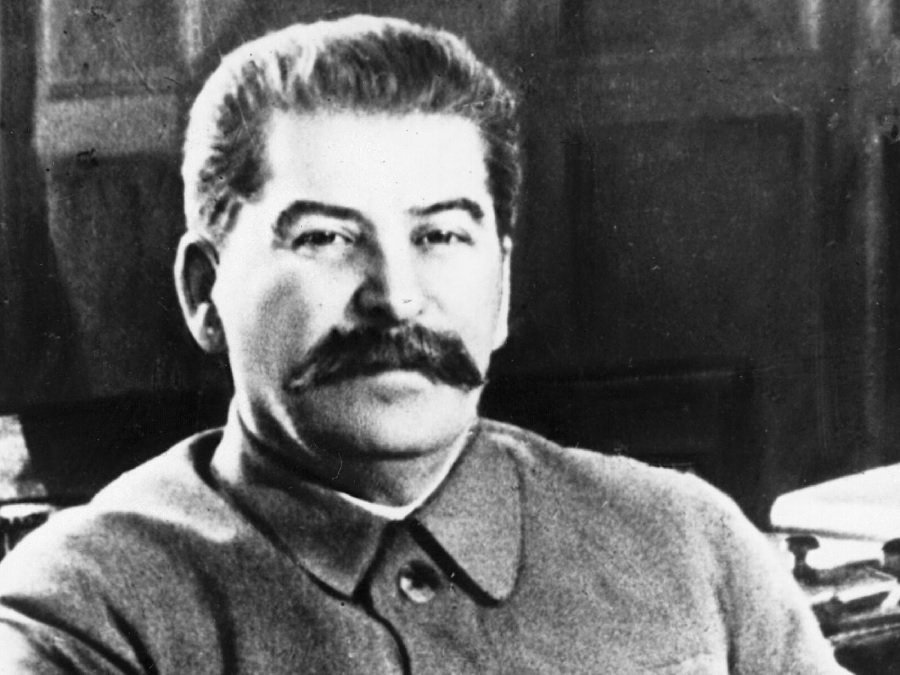 Joseph Stalin was a Soviet political leader and revolutionary of Georgian ethnicity.

Before Lenin went to exile in 1912 in Switzerland, Joseph Stalin was appointed to serve on the Bolshevik Party’s first Central Committee. Power was seized in Russia by the Bolsheviks in November 1917, three years later. Lenin became the first leader when the Soviet Union was founded in 1922. Joseph Stalin moved up the party ladder during these years and rose to power as General Secretary of the Communist Party. Due to this role he appointed allies to government jobs and in the process to gain political support, he grew a strong base. On Vladimir Lenin’s death he became a Soviet dictator by the late 1920’s.

While trying to defeat Nazism and modernize Russia, Joseph Stalin instituted a reign of terror. He forced collectivization of agricultural land and rapid industrialization which led to famine, millions dying and many sent to camps. During World War II, his Red Army helped in defeating Nazi Germany. Stalin mastered political trickery and as secretary he used his position in putting his supporters on the Party’s Central Committee. To ensure Trotsky turns up late for Lenin’s funeral, he even told him the wrong date. In 1924 Stalin became leader of the Party. Trotsky was first dismissed, later exiled and in killed in 1940.

Age did not mellow down Stalin. In the postwar USSR he continued a reign of terror sending exiles to labor camps, executions, purges and persecution. He suppressed everything under foreign influence and all dissent. All through Eastern Europe he established communist governments and by exploding the atomic bomb in 1949 he led people of Soviet Union to nuclear age. The Korean War triggered after he gave North Korea permission in 1950 to invade United States. In his later years he grew increasingly paranoid and died of stroke at the age of 74 on 5th March 1953.

To make the country progressive, Joseph Stalin launched a number of government programmes. However in the effort to move into a new economy, 10 million people were affected with starvation. His leadership was not favored by many activists and intellectuals. The ‘Great Purge’ was launched by him to kill any person who opposed his ideals or him.

Joseph Stalin displaced Russians to and from different parts of the Soviet Union in millions. He commanded not just the largest military, but made USSR a superpower across the globe with one of the largest arsenal of WMDs (Weapons of Mass Destruction), which culminated in the Cold War. The space race was kicks-started by him indirectly. To divide and rule he made arbitrary boundaries in Caucasus, Eastern Europe and Central Asia which led to crisis in Ukraine, insurgency in Chechnya, Fall of Yugoslavia and dispute between countries in Central Asia and Armenia and Azerbaijan, in present times.

The name Stalin means a ‘Man Of Steel’.

He loved watching movies at his private movie theatre in each of his houses.

Maria Yudina the famous Pianist was his favorite musician.

Stalin with a height of 5’4” was a small man with big ideas.

Palestine Liberation Organization (PLO) was formed on 28th May 1964 and it was an off shoot of the Arab League. As the name of the organization suggests, the Arabs wanted liberation and their own homeland. They were struggling for their won against the Jews. In many ways it was an

David Ben Gurion was born on October 16th 1886. He was the primary founder of the State of Israel and naturally the first Prime Minister of Israel. From a very young age he showed his interest and desire to form a State for the Jews and worked lifelong for it.

The kingdom of Sicily 1130–1302  The Kingdom of Sicily existed in the southern tip of the Italian Peninsula and little bit of Africa. It was in 1130 that Roger II who consolidated Sicily and this kingdom survived till 1816. After 1302 this island was known as Kingdom of Trinacria. In