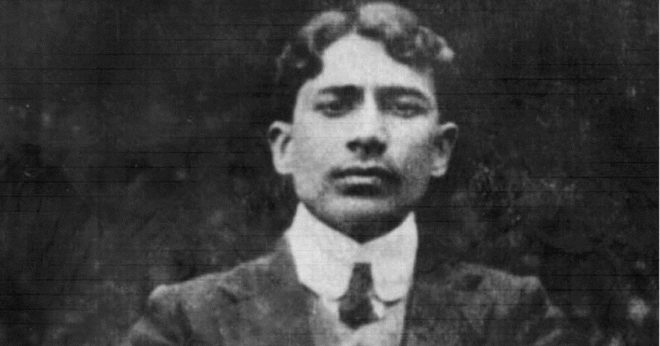 Madan Lal Dhingra (September 18, 1883 – August 17, 1909) was born in Amritsar, India in a Punjabi family. This Indian independence activist and revolutionary assassinated a British official, Sir William Hutt Curzon Wyllie, while studying at University College, in England. He worked for the India House Organization. This was one of the first assassinations during the 20th century, in connection with the Indian Independence movement. The nationalist Swadeshi movement greatly influenced him. Whether it was literature or causes of families troubled by poverty, he studied them and felt that key issues in finding solutions to them lay in Swadeshi (Independence) and Swaraj (Self government).

While studying in London he came in contact with Shyamji Krishna Varma and Vinayak Damodar Savarkar, the two noted Indian political and independence activists. Madan Lal Dhingra’s intense patriotism and perseverance impressed them which in turned his focus to the Indian freedom struggle. After the assassination of Sir Curzon, Dhingra attempted suicide which failed and he was overpowered by the police and immediately arrested. He was tried in court and later hand at Pentonville Prison on August 17, 1909. The British were publicly outraged but Winston Churchill and David Lloyd George privately expressed admiration for Dhingra’s act of maintaining a air of studied indifference while going to the gallows.

Pol Pot was a Cambodian leader, revolutionary and communist. Ideologically he was a Khmer and Marxist-Leninist nationalist. 2.Timeline Pol Pot was born on 19th May 1925 in Kompong Thom Province, Cambodia. He died due to natural causes on 15th April 1998 at Anlong Veng District, Cambodia. 3.Country Cambodia 4.Rise To

About the Author William Shakespeare is considered by many critics to have been the most consummate playwright the English language has ever known. Though he was well known in the 17th and 18th centuries, the widespread admiration for his skill as a dramatist and poet that bordered on idolatry is

When planning for paper 1, keep the following guidelines in mind: Read both the passages and then decide on the text you wish to respond to. Annotate the text in the first 15/20 minutes and identify evidence to comment on: Overview • Themes • Setting • Tone (author’s / poet’s)