Omar al-Bashir was an egoistic and proud politician from Sudan 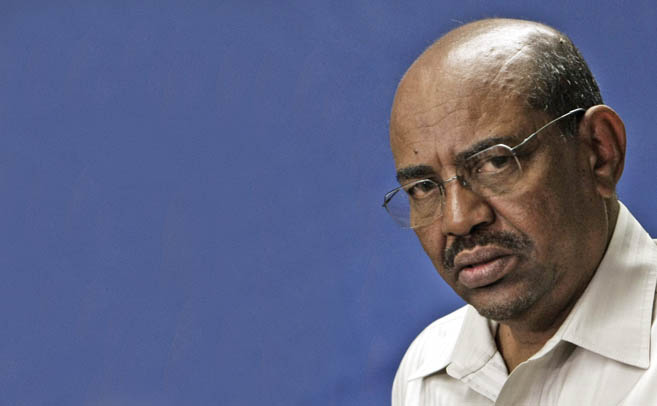 Omar al-Bashir was an egoistic and proud politician from Sudan. He was Sudan’s 7th President and Head of the National Congress Party. At the end of the Sudanese Civil War, he negotiated by giving in to whatever the People’s Liberation Army in Sudan made request. Though it was termed as a noble and fair agreement, it led to wars in Darfur which led to death of approximately 400,000 people due to starvation and violence.

As a young man, Omar joined the army and swiftly rose through the ranks. In 1975 he went as the Sudanese military attaché to the United Arab Emirates and was made garrison commander on his return. In 1981 he became the armored parachute brigade’s commander. In the mid 1980s he assumed the leading role in Sudan’s army campaign against rebels in the (SPLA) Sudan People’s Liberation Army.

Omar’s repressive dictatorship and rule has been centre of criticism. When political situation in Sudan had worsened and it was in the midst of a civil war for 21 years between South and North, Omar seized power. He harbored and provided assistance to Islamic terrorist groups, linked with militant groups in Arab countries, all of which added to his notoriety. The ICC – International Criminal Court in 2009 indicted him for directing a campaign of mass pillage against Darfur civilians, rape and killing.

In the effort of ousting the government, Omar al-Bashir, led a military coup against Sadiq al-Mahdi, the Prime Minster. In the Sudanese army, he was brigadier, at the time of coup. He suspended all government bodies, trade unions and political parties once he assumed power as Chairman of the Revolutionary Command Council for National Salvation. Besides he imprisoned leading political activists and journalists and put a ban on all independent newspapers. On disbanding the Council there was immense growth in his power and he declared himself as Sudanese President in 1989. In the Presidential Elections in 2000 he was elected again for a five year term.

Charging him with crimes against humanity and war crimes an arrest warrant was issued against him by ICC – International Criminal Court in March 2009. He was charged with genocide by the ICC in 2010.

Political turmoil increased under his rule. War with the SPLA increased with increased intensity all through this period with millions displaced, injured and killed in war. On Omar, pressure mounted to end the Civil War. With the SPLA he formed a peace pact, thus finally giving into international pressure. In January 2005 a peace agreement was signed between John Garang, the rebel leader and him, but after going through extensive negotiations.

Omar al-Bashir is married to Fatima Khalid, his cousin and Widad Babiker Omer. He was also married to a Revolutionary Command Council for National Salvation, member named Ibrahim Shamsaddin. Omar al-Bashir has no children of his own with any of the wives.

About the Author Morris Lurie was born in Melbourne in 1938. He is better known for his short stories though he has written some novels too. He has won several awards in Australia for fiction. The years spent away from Australia in voluntary exile form the subject matter of much

Introduction The Bloody Chamber is one of the collections of stories written by Angela Carter. It was published in 1979. Most of the stories in the anthology is based in folk tales or fairy tales. There are ten stories in the collection. They are ‘The Snow Child’, ‘The Courtship of

At the end of World War One a series of treaties were signed and the Treaty of Sevres was one of them. It took more than fifteen months to draw the treaty up. This was signed with the Ottoman Empire and it set the process of annihilating the Ottoman Empire.