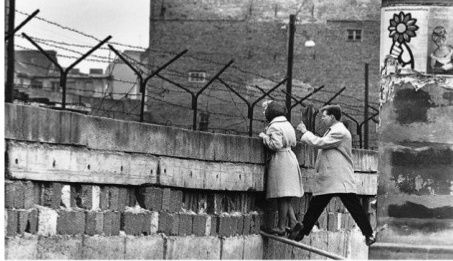 Origin of The Cold War:

Communism and Socialism as a system of governance were the cause of many wars and it continued to be so after the big World War II. Most European countries were wary of the spread of communism to the rest of the world. The origin of the Cold War was the breakdown of the diplomatic relations between Soviet Union and USA. On the side of USA were Great Britain and their allies during and after WWII. The term “Cold War” was used by Bernard Baruch, an American statesman who said, “Let us not be deceived today. We are in the midst of a Cold War.”This term was popularised by Walter Lippmann, a political commentator, in his book.

There are different views about the origin of the Cold War. Some are of the view that it dates back to decades when the issue was political boundaries in Central Europe. It was followed by economic issues and the control of the Soviet Army. Some trace it back to Bolshevik Revolution of 1917. In this revolution the communist declared that they would dominate and control the whole world. Still others think it was the alliance that was formed during the Second World War. Though USSR was the ally, there were differences between USSR and others especially in the treatment of the anti-Nazi resistance. USSR formed the Second Front to defeat Germans and this was not liked by Britain. Winston Churchill in his Fulton speech on March 5th 1946 observed that adherence to the United Nations Charter which was based on Western democracies had to be adhered and anyone faltering would end in a catastrophe.

The core of the Cold War was therefore difference in ideology. While on one side it was democracy, on the other side it was communism. The western powers even considered Soviet Union a bigger and more dangerous enemy than Mussolini and Hitler. In other words Communism was more perilous than Fascism and Nazism. There was an undercurrent of mutual distrust. Soviet Union in spite of protests continued to further their plans to influence Eastern Europe with Communism. After Eastern Europe their target was Middle East and then western powers realised they were indeed trying to make the 1917 plans a reality. This had to be stopped and all diplomatic ties were cut off, especially by US and Great Britain. The Cold War went on till for years and it came to an end only after USSR broke up in 1991.