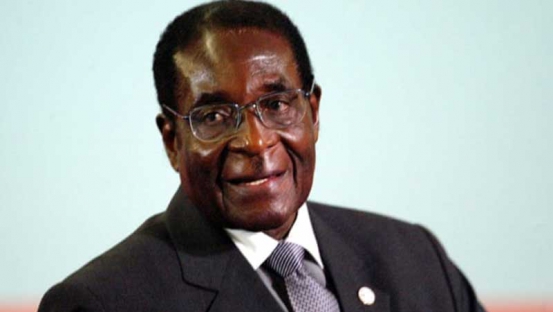 Robert Mugabe was born on 21st February 1924 in Kutama, Zimbabwe. He is now over 94 years old.

Robert Mugabe received 7 degrees from Fort Hare University in South Africa. He has been the Maoist Zimbabwe African National Union’s, Secretary General in the year 1963. Against the Rhodesian government, he gave a ‘subversive speech’ for which he was sentenced to prison for ten years, in 1964. In the process of launching a guerilla war to gain independence, he fled to Mozambique after his release. In the year 1979 he returned to Rhodesia and by 1980 he became Prime Minister. Zimbabwe the new name was given to the newly independent country the following month.

Robert Mugabe rose to power via fear-mongering and electoral deception. In one of the elections in one particular province, he didn’t get votes so he fabricated stories of treason and rebellion against the civilians and orchestrated killing of more than 20,000 people. Due to the ‘land reform program’ he introduced, more than 3.1 million people from Zimbabwe lost livelihood, jobs and homes during his reign in office. Any village that voiced dissent was bulldozed thus leaving people homeless. Against Rhodesia, the white colonial rulers, he led a bloody guerrilla warfare.

After his autocratic rule for decades, his reputation as a grassroots leader eroded. By 2010 he was advanced in age. The Zimbabwain army announced in November 2017, that it had placed him under house arrest. He resigned from office on 21st November 2017.

Robert Mugabe leads a socialist party, called the Zimbabwe African National Union – Patriotic Front founded in 1987. To counter the imperial past of the nation, he and his party are heavily nationalist with the ideology of the left wing, favoring seizure of land from the Zimbabwean whites. In 1987 the role of Prime Minister was abolished and he assumed Presidency. The annual inflation rate under his rule has increased to around 100,000 %.

As far as the Movement for Democratic Change is concerned, it is Robert Mugabe who has probably faced the most organized and strongest opposition. He persecuted members of the MDC by accusing it of being backed by Western countries. He ordered arbitrary violence and arrest against the supporters, due to which opposition against his iron-fisted rule, could galvanize further. In the effort of keeping his grip in power, Robert Mugabe has been relying on help from ‘war veterans’ militia and in the process keep off pressure from world bodies and actions from South Africa.

In 2005, Robert Mugabe was of the belief that he would retain post of President till he was a 100 years old.

He has ruled with dictatorial powers for 37 years.