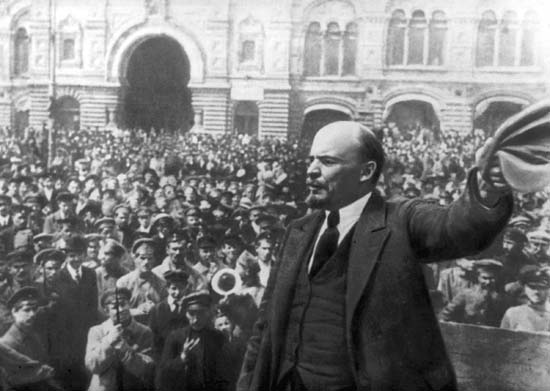 After the Dumas come to power a Provisional Government was formed which lasted for only eight months. The key mistake done by this Provincial Government was to carry on with the war. The idea of continuing war proved to be disastrous because it faced threat from the Bolshevik Communists. Bolshevik Communists were executing their plans through the Soviet people and the plan was to bring down the government.

The February Revolution of March 1917 was a wide spread and popular rebellion which brought the active middle class to power. The Duma took over the power and set up a ‘Provisional Government’ which consisted of an interim 12 man executive committee headed by Alexander Kerensky.  Even though they faced many problems to run the government, it was a modest government which tried to rule Russia in a not so revolutionary manner.

Events in the Provisional Government

It was an eventful eight months for the Provisional Government.

The Main Issues of the Provisional Government

There were many issues with the provisional government.

Actions Taken/Not Taken on the Issues

After the February Revolution, in October when the deserters were being killed, there was actually more deserting and the land lords were being killed and their lands were taken. By getting the help of Bolsheviks during the coup they thought that was the right opportunity for the Bolsheviks to show the people that the provisional government was weak and Bolsheviks became popular and took control of the Soviets.

Right from the beginning the Provisional Government was weak. There were many political groups that were trying to control this government. So it was difficult to reach upon a consensus on many issues. This government was unwilling to take firm decisions and they were waiting until the new government was formed. Crucial matters like redistribution of land to the peasants were kept in abeyance.  As already mentioned in spite of its weakness it still wanted to wage war and annexe places. The Petrograd on the other hand were well organised and knew what they wanted and had a clear plan to achieve it. So they finally won over the people and the government.