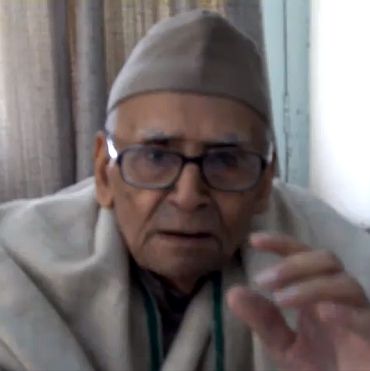 British Indian Army as a civilian gazetted officer and joined Mahatma Gandhi’s Quit India Movement. This law graduate faced imprisonment many times. He became the honorary secretary of Gandhian Satyagraha Brigade in 2007 and wanted to wipe out corruption for which he started satyagraha. It was in favor of adoption the Law Commission’s ‘Corrupt Public Servant’s Bill prepared in 1999 by the Law Commission in India by which criminals were debarred from contesting elections.

Shambhu Dutt Sharma demanded that corruption ends in the country on January 30, 2011 at the age of 92 years by trying to fast unto death. However after many prominent individuals like Swami Agnivesh, Kiran Bedi and Arvind Kejriwal persuaded him, he ended the fast unto death at Jantar Mantar. He founded the Transparency International India. In good faith he called off his strike much before the role was taken over by the NGO – Indian Against Corruption. He took part in a number of satyagrahas with Mahatma Gandhi during the struggle for independence and has been to jail many times.

The Boston Tea Party (American Revolution) Money was given to the British East India Company by the Parliament in May 1773 so that prices of tea could be lowered. The Americans resented the move of the company to trade only with merchants who were pro-British.  Since there was a lot

Daddy Sylvia Plath was the daughter of Otto Plath, a German immigrant college professor, and his student Aurelia Schober. Her father was an authoritative figure in her life and she rudely shaken when her father died when was still young, eight years old. She had a troubled relationship with her