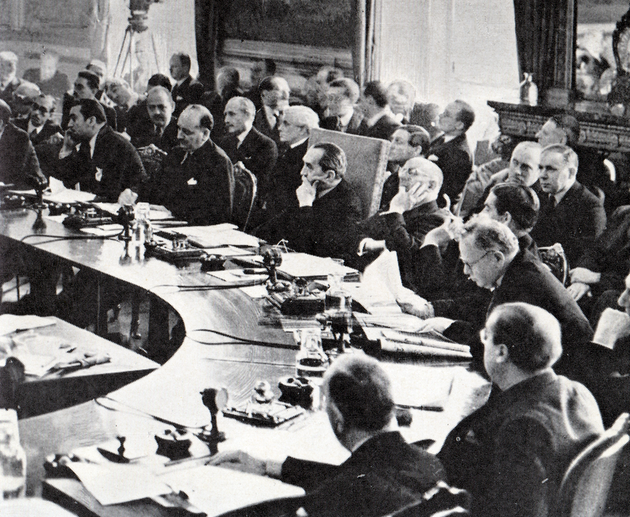 The League of Nations – successes in the 1930s: The success of League of Nations while it lasted is generally underrated as another world war broke out before the completion of two decades. The fact is things could have got worse soon after the Word War I if the League had not formed. The treaties were all drawn up to help the Allies and many of the vanquished nations were upset. If the League had not intervened another major war would have taken place within a couple of years. That it happened after two decades is the success of the League. The interventions of the League during the 1920s were more effective than in 1930s. Yet there were some positive results in handling disputes in 1930s.

Sanjak of Alexandretta in the French mandate of Syria became autonomous and was renamed Hatay. Hatay was declared independent in September 1938. This was after the elections held a month earlier. Later it was occupied by Turkey with the consent of France.

Saar was a province made from Rhenish Palatinate and parts of Prussia. Saar was under the direct control of the League with a provision of holding a plebiscite after 15 years. This provision was upheld, a referendum was conducted in 1935. More than 90% percent of the people wanted to be a part of Germany. This voice of the people was heard and the move was approved by the League.

Hayat and Saar were the major successes of the League in 1930s as far as disputes are concerned. However there were many other humanitarian efforts done by the League, some of which are being continued even to this day. In Liberia an American company Firestone was alleged to involve in slave trading. The League was asked to look into the matter and the allegation was confirmed. Some of other successes were the following.

The League of Nations faced the first block when Russia and America did not be a part of it. They were the growing powers of the world. Yet the League held on and tried to do its best for the member nations. Once again it targeted the Central powers and refused to view their issues in an objective manner. The idea was certainly good but in the implementations some personal preferences surfaced which was a blot in the work done by the League of Nations.

Next Article:The League of Nations – failures in the 1920s