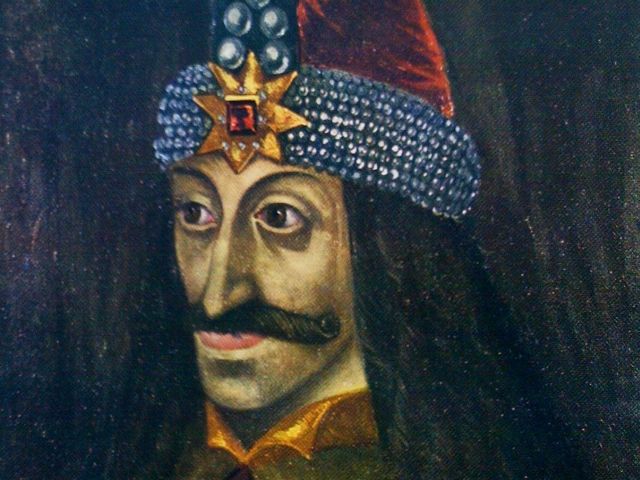 Vlad III was a famous Romanian tyrannical leader in history. Between the year 1448 and till he died, he was voivode (prince or military governor) of Wallachia 3 times.

Vlad III was born in 2431 at Sighisoara, Romania. He died in December 1476 at Bucharest, Romania.

Vlad III was born in a noble family of Vlad II Dracul. To defend the Christian Europe against the Ottoman Empire, Sigismund the Holy Roman Emperor, created the Order of the Dragon and inducted, Vlad’s father into it. Hence Dracula, meaning the son of Dracul, was the sobriquet his father attained. When Vlad’s father moved to assume the Walachian voivodate in 1436, Vlad II also moved to Targoviste.  Vlad along with his brother were sent to the court of Ottoman Sultan Murad II in 1442 as collateral. Sending them to the court as collateral for the Sultan’s assurance that their father would support policies of the Ottoman in reversal of the previous position, he held. However the Walachian boyars (nobles) assassinated Vlad’s older brother and father after which Vlad returned in 1448.

He sought delight in treating rebels and prisoners cruelly, impaling victims and delighting in violence. Cruel methods were used by him to kill his enemies which in the 15th century Europe, gained notoriety. Vlad III committed numerous atrocities during the period he ruled. Both domestic and foreign enemies were impaled on stakes in the ground and left to die.  This act of his earned him the name Vlad the Impaler.

In 1462 he retreated from battle and to deter the pursuing Ottoman forces, he left impaled victims, in thousands on a field and left. In the very same year, after escaping the Ottoman, the Hungarian forces intercepted him and the Matthias I of Hungary imprisoned him. In 1476, he gained his seat again but in the very same year, was killed in a battled. For putting in efforts against encroachment of the Ottoman, he became the region’s folk hero.

To regain the seat of his father, Vlad III embarked upon a number of campaigns. His younger brother who the Ottoman Sultan supported and the boyars were his main opponents. In 1448 he emerged victorious but after just 2 months, he was deposed. Again after a struggle for 8 years, the voivodate was claimed again by Vlad.

Vlad III contributed to the building of an independent and strong Wallachian state.

During lawless times he assured law and order and stood up against powerful boyars or the nobles.

He was a favorite child of his father.

At only 5 years of age, he was inducted into ‘The Order of The Dragon’.

Since foreign merchants and visitors to his land complained about thieving and begging by the poor, sick, homeless and gypsies, he impaled all of them.

Ismail Enver Pasha was a Turkish soldier, an Ottoman military officer and led the Young Turk Revolution in 1908. He was one of the most unique dictators killed in the quest for power. In both the World War I and Balkan Wars, he became the main leader of the Ottoman