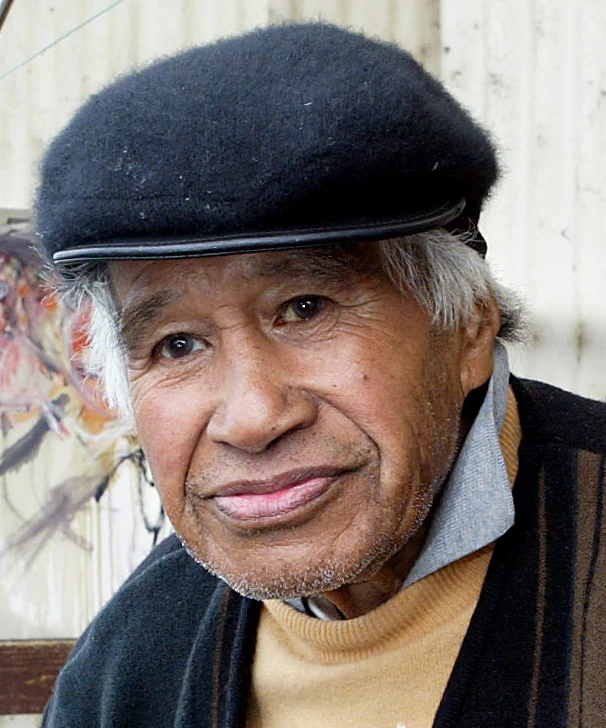 Analysis of ‘Friend’ by Hone Tuwhare

Analysis of ‘Friend’ by Hone Tuwhare – Hone Tuwhare was a New Zealand poet who drew from his Maori heritage to write poetry where nature plays an important part. He often humanizes natural phenomena, a practice that finds echoes in animistic Maori beliefs. Hone Tuwhare had little formal education but he trained to be boilermaker with the NZ Railway. It was while he was an apprentice there that he began writing poetry. In 1956, he quit his job to devote more time to poetry and began publishing his poems. Fellowships at various universities helped to support him financially.

This poem is a series of recollections of happy days spent with childhood innocence in the lap of nature. The poet and a friend roamed a part of wild coastline. The single tree which grew there was a landmark and the boys had spent many happy hours playing in its shade. Among the mangrove roots were found oysters, silver-bellied eels and sea snails. The poet and his friend made a fine meal of them using a rusty can to cook them in an open fire.  Their pleasures were simple and they had jeweled fantasies and dreams. But now a sea change has come about.

The land has been stripped of its vegetation. The whirring of the toetoe grass has been replacing by the harsh cry of the seagull and the lone tree which was like home to them is dead now. The poet now wants the warm reassurance holding his friend’s hand gives, to convince himself that the hopes and dreams of childhood were real and not mere empty illusions. Perhaps green leaves will come back to the dead tree some day and an unhappy and troubled world will find succor under its shade.

The poem begins with the question “Do you remember…” The theme of the poem is a recollection of the past when the poet and his friends were children and the idyllic life they led when nature was at its best. As young boys, they roamed the wild coastline, gathering fish and cooking them in a rusty old can and building forts using branches torn from the lone tree that stood guard on the beach. But now it’s all changed; the tree is dead and the whirr of the toetoe grass is replaced by the harsh cry of the gull.

The poet wants to repair the tattered ends of the halcyon days that he and his friend spent there. But the tree is gone under which they dreamed their many-coloured dreams. Now he wants the warmth of his friend’s handclasp to reassure him that the dreams were real and not empty illusions. He ends with the hope that green leaves will come back to the tree sometime in future and a sad and troubled world will find succor under its shade.

The first stanza begins with a question to the friend whether he remembers the stretch of wild coastline where a lone tree seemingly stood guard against the sea.  In Maori culture, nature was often personified. So here the tree stands guard like a sentinel against the “sharp tongued sea”.

The boys had fashioned a fort using branches ripped from the tree; it is merely dead wood now. The soft whirring sound produced by the toetoe grass has been replaced by the harsh cry of the gulls.

The boys could think of no better food than oysters, silver-bellied eels and sea snails collected from the mangroves simply cooked in a rusty can over an open fire. There was simplicity in life with nature providing food and water in plenty.

This is a much longer stanza of shorter lines. The poet here wants to reconnect with his friend and rediscover the charm of days gone by. He regrets that the lone tree which used to provide food and water and was witness to their youthful dreams has withered. There was a time when the boys would turn its green leaves into a whistle. The shadows it made on the clayey floor were like fine tracery but now that too has disappeared.

Here he again addresses his friend. These are times of no hope, no dreams. He now needs the reassuring clasp of the friend’s hand to tell him that their childhood dreams were many-splendored and real.

Ending on a positive note, the poet hopes that the tree may yet put on green leaves and be healthy. This troubled world could then be comforted by its shade. In the final count, mankind finds succor only in nature.

Though the poet is empty of hope in the first five stanzas, he finds a reason for consolation in the last one. There is still hope for mankind. We are bereft of colorful dreams now but joy and hope may be around the corner. Using expressive metaphors he captures the innocent and uncomplicated joys of a childhood spent in close communion with nature.