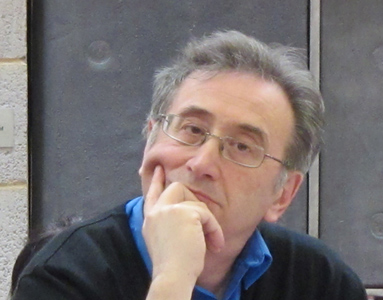 Analysis of ‘Song’ by George Szirtes - ‘Song’ is written by George Szirtes a British poet and translator of works from the Hungarian language to English. He could do this because he was born in Hungary and then moved to London at the age of 8. He began to publish his poems and these caught national attention in the year 1973. His first book was published in 1979 and was titled The Slant Door. He has a list of awards to his credit.

Szirtes has translated Hungarian poetry, drama and fiction into English and has won many awards for this as well. He was teaching at the University of East Anglia and retired in 2013. Szirtes had the rare honour of being the judge for the 2017 Griffin Poetry Prize. ‘Song’ is a poem dedicated to Helen Suzman who was a South African activist against apartheid and a politician. The poem is about the changes that can be brought about if people are united to fight for what is right. There must be someone to initiate it and this poem to Helen Suzman who initiated movements in South Africa.

The poet says that nothing happens unless someone takes an initiative to do it. It is the same old buzz when something new does not happen. He believes that many small hands can vibrate the wall of a huge hall if they decide to do so. A voice can break a plate or glass and one small light feather can tip the balance of a sinking ship. Changes don’t happen when people keep complaining about the problems. For years together the same song of problems has been sung - the song about the weight of the problem and how they will be crushed or hushed if they raise their voices. So the song is sung and nothing is done.

However there are certain people who stand to oppose the weight and oppression however strong it might be. They might be a small person and the problem they are facing might be big but they prove that they can face the problem and even find a way out. The small hand can even move the earth. So when there is someone to prove that world can change with small hands the air is abuzz with the news of the changes and all rejoice at the problems being solved. He concludes the poem stating that nothing happens until someone takes the initiative to bring the changes in the world.

This poem is dedicated to the spirit of ‘never-say-die’ of Helen Suzman. It is also about standing in unity and helping to achieve a goal. To fight for the right even ‘small’ hands are enough. There should be someone to take the lead and when others join together even the ‘Earth may be made to move.’ When people work together, without talking about the age-old problems, their future is made. ‘Song’ also looks at the power play of the rich and powerful. The people are crushed under the weight of the powerful.

People are compelled to stay ‘hushed’ against the people they want to oppose. Because if they do try to raise their voices, their voices are ‘broken’ meaning they are tortured. Citing this as a reason, no one comes forward to change the scenario. But if there is one who is bold enough for that and if people support that person then anything is possible.

The tone of the poem is inspiring and hopeful. It states clearly that nothing happens if people stay quiet or bear the atrocities quietly. The poem does not talk of the broken voices but there is a positive tone saying stand together and it can be done. It enthuses people to stand up for their rights and for anything that they believe in. It is about taking up leadership and working together to fight for what is right.

The enjambment used in the last line of is very effectively used. This little change represents the little change can create a huge impact. It might also represent the fact that the problems the past will stop only if people stand together and make a change. Juxtaposition is also used where two opposite words are used as adjectives to highlight the depth of the issue. The words ‘small hands’ and it is immediately followed by the words ‘monstrous hall’. The word ‘small’ indicates the powerlessness of the people against the ‘monstrous’, the enormity of the problem.

The battle is too big to be won but it can be done when all are united. The imagery of tools is to strengthen the weight of the problems. There is imagery ‘fill the hall’ which indicates unity goading people to stand together.

‘Song’ has many poignant lines and it is needed as the theme of the poem is something which has depth and power. The most eye-catching line is ‘the broken voices of the hushed’. This line forms the core of the poem stating that the spirits of the people are taken away and they are forced to stay ‘hushed’. The beauty of the poem is that it does not end in that note but in a very positive note of the possibility to achieve the unachievable when humanity stands together for their rights.

Author: Khushwant Singh Profile: Khushwant Singh born as Khushal Singh, is one of the greatest writers and journalists of all times in India. Besides this he has been a diplomat, an editor, a lawyer, a politician, and an information officer. He was born on February 2, 1915 at Hadali, Punjab Province, British

Summary Summer farm by Norman McCaig is an intensely metaphysical poem. Many of the description are not meant to be taken literally but there are hidden meanings and significance to them. Much of what is in the poem is about himself and his position in the universe. The poet is