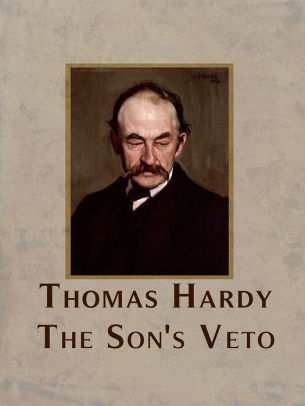 Analysis of 'The Pine Planters' by Thomas Hardy

The first part of the poem is about the unrequited love that the girl has for her co- worker. He does not realize that she loves her; he is indifferent to her presence. He is love with another girl whom the pine planter refers to as being “fairer”. The girl is content to be working beside him, letting the love stay in her mind. The second part is about the permanence of a tree. The planters do not think about the tree’s life when they put it down. Through winter and summer it stands when all around it there is change.

Summary - Analysis of 'The Pine Planters' by Thomas Hardy

The first part speaks about the unrequited love that the pine planter girl bears for her co-worker. The man loves another, one fairer than the girl who works along-side him. He barely notices the girl though she helps him in many ways and spends hours working with him. She has no hope of ever winning him and prefers to keep her feelings locked up in her heart, content to be near him.

The second part of the poem is of another kind of permanence, this time of the pine tree. The pine planters put the tree down into soil; from then on, there is no escape for the tree. The tree may have wished for it to have remained a seed for ever but it is now a tree and will remain rooted to a spot though change is everywhere. The tree has no control over its fate. It remains a mute witness to happenings around it without having the ability to speak of what it sees.

The first stanza describes the work the two pine planters do. While the girl holds the trees erect, the man fills the hole with earth. This goes on during wind or rain.

The man is not sensitive to the girl’s condition. The work she does chills her to the bone but he hardly notices her.

She can say by the expression in his eyes that he has found a prettier girl. When he looks at the girl who works next to him, his eyes barely register her presence.

Since the moment he saw her, he has scarcely realized the presence of anything else in the woodland.

The girl has been toiling since morning beside him but both have been engrossed in their own individual thoughts.

The girl has assisted for many days but he has never appreciated her work even once.

He wonders whether he should tell her that she is happy to be just beside him working, though she no hope of ever winning his love.

She decides that though her love for him transcends everything else, she will not reveal it to him.

The stanza has the girl speaking about what happens after she plants the trees. Part II is about the tree’s own feelings after it has been set in the soil. The tree is said to sigh in fear of a life that it does not know anything about. Though it is voiceless, it sighs day and night.

The tree sighs during morning and noon regretting that Fate had not decided that it should remain a seed for ever. It could have then remained unexposed without offering unsolicited shelter from the harsh sun and storm.

The pine planters unthinkingly choose a spot for the tree to go. Once they set it into earth, the will grieve its permanence on earth. It will remain forever almost but still be unable to tell its story or change conditions around it.

Overall impression - Analysis of 'The Pine Planters' by Thomas Hardy

This poem like most of Hardy’s other poetry is suffused with melancholy. Unfulfilled love and the superiority of nature are recurring themes in his poetry.