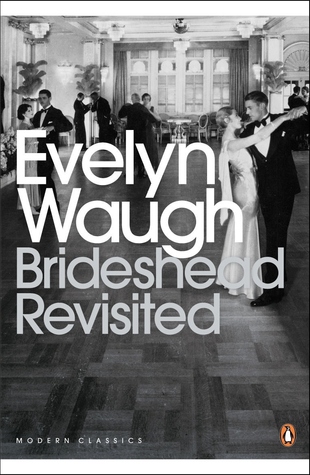 Brideshead Revisited is a novel written by Evelyn Waugh and was first published in 1945. The Brideshead Revisited has actually a lengthy title and is Bridehead Revisited, The Sacred and Profane Memories of Captain Charles Ryders. It is the life of Charles Ryder and he is the narrator too. The events happen between 1920s and early 1940s. The book has won many awards and it was chosen by Time Magazine as one of the hundred best English novels from 1923 to the present. In 2009 Newsweek Magazine listed it as one of the 100 best books in English world literature. The book was adapted to television in 1981 and in 2003. In 2008 an audiobook was released and in the same year it was made into a feature film with the same title.

Charles Ryder joins Hertford College, Oxford to study History in 1923. He befriends Lord Sebastian Flyte, the younger son of Lord Marchmain who was an undergraduate at Christ Church. Through Sebastian, Charles meets Anthony Blanche who is a homosexual and many other eccentric people. The holidays are spent with Sebastian. Charles meets Sebastian’s family in their palatial mansion Brideshead Castle. He meets Julia who is to play a bigger part in his life later on. The story of the family had many twists and turns.

Lord Marchmain was an Anglican who converted to Roman Catholicism to marry his wife. Later he abandons his wife and his religion and moves to Venice. Lady Marchmain continues to be a Roman Catholic and her elder son Bridey and her youngster daughter Cordelia are with her.  Lord Marchmain has taken a mistress Cara and one summer Sebatian takes Charles to meet his father in Venice. Both drink but Charles is controlled but Sebastian is uncontrollable and this vice follows him for the rest of his life. Lady Marchmain is worried about Sebastian and wants Charles to support her in getting him to drop his habit but Charles does not oblige. Mr.Samgrass, a professor in Oxford is asked to keep Sebastian under control.

Julia, meanwhile, finds her man in Rex Mortan who is politically well connected. Not one friend of Sebastian helps him to abstain from drinking. Rex Mortan is no exception. Lady Marchmain is thoroughly fed up and sends Sebastain on a tour around Europe with Mr.Samgrass. That vacation in December Charles comes back to Brideshead Castle with Sebastian and Mr.Samgrass. Charles soon discovers that Mr. Samgrassis is unable to control Sebastian. The servants were instructed not to give money or alcohol to Sebastian but Charles feels sorry for him and gives him money to buy liquor. When Lady Marchmain knows of it, she is angry and sends Charles away from Brideshead.

Charles returns to Oxford. Rex Moltram wants to marry Julia but Lady Marchmain is not happy because he was 15 years older to her and was also sleeping with another woman.  Julia agrees to marry Rex with the understanding that Rex would convert into Catholicism. Just before marriage Julia realises that he was already married and could not convert and be married as a Catholic. Lady Marchmain falls sick but refuses to see a doctor.

Charles meets Anthony from whom he hears that Sebastian left home and had become friends with a German sergeant. He also hears Lady Marchmain is dying and he hurries to see her. She apologizes for being harsh to him and is happy that he had come. At her request he goes to find Sebatian to bring him back to say goodbye to his mother. Charles travels to Morocco and finds the German Sergeant, Kurt. He understands that Kurt was using Sebastian for his money. Sebastian is ill and in hospital and refuses to leave his new found friend. Soon they get the news that Lady Marchmain is dead.

Charles becomes a painter and marries another friend’s sister. His marriage hits rock bottom very soon. Sebastian is reduced to beggary and dies soon. Julia is not happily married. By chance Julia and Charles meet in a ship on a journey to US. The have a passionate affair and are guilty at first. Then they realise their partners have been cheating on them and their sense of guilt is removed and they agree to divorce them to get married. Meanwhile Lord Marchmain and his mistress move into Brideshead and he gets to know about the affair of Julia and Charles. He wants them to marry and he wants to give the castle to them. But this does not happen as Julia does not marry Charles. She sacrifices her love and does not follow her happiness. Charles enlists himself in the army.

The story begins with a prologue and ends with an epilogue. In the prologue Charles Ryder and his battalion is sent to a country estate Brideshead and this naturally brings him back old memories. The flashback forms the whole novel. In the epilogue he explores the estate to realise the castle is in shambles. But the private church in which Lady Marchmain prayed was reopened for the soldiers.

Sebastian’s friendship is one highlight of the novel. Once he befriends someone he holds on to them till the end. That is how he refuses to come to see his mother leaving his friend Kurt. Now whether this is a value is debatable. Another theme that comes through strongly is Catholicism. Right from the marriage of Lady Marchmain till Julia this keeps coming up many times – this means right from the beginning till the end. Some convert, leave, re-convert to the Catholic stream of worship. The theme of family bonding is also seen. Lady Marchmain wants her son to abstain from drinking and she tries all means for that. She also does not want Julia to marry Rex and she is proved right. Love, youth, art and culture and alcoholism are some other minor themes that are seen in the novel. The setting of the novel keeps shifting to many places but it is mostly in Brideshead Castle.

Evelyn Waugh wrote that this novel “deals with what is theologically termed ‘the operation of Grace’, that is to say, the unmerited and unilateral act of love by which God continually calls souls to Himself”. He refers to his work as magnum opus but also said that he felt appalled when he re-read his work after a few years. And he cites that when he wrote the book it was a bleak period of war and food was scarce, so there was so much mention of food. Now when there was enough he found it distasteful. For the readers it does not matter; for many decades Brideshead Revisited has continued to be popular.