Analysis of ‘I Look into My Glass’ by Thomas Hardy 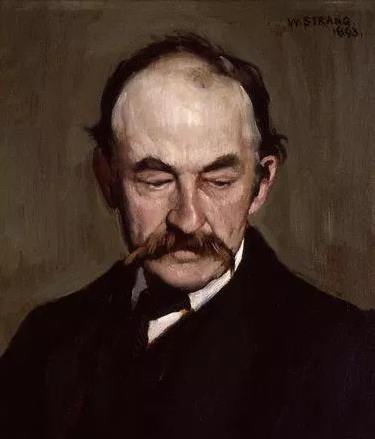 Analysis of ‘I Look into My Glass’ by Thomas Hardy

Analysis of ‘I Look into My Glass’ by Thomas Hardy – Thomas Hardy was only 57 when he wrote this poem; it is rather disconcerting to read it as it gives the impression of the poet being much older. Hardy was gloomier than usual; his Tess of D’Urbervilles and Jude the Obscure has received scathingly negative criticism. He was estranged from his wife though they continued to live under the same roof. He was by now involved with Florence Henniker but she did not reciprocate his feelings. The origin of the reflective nature of the poem could well be found in these details.

The dominant metaphor that runs through the poem is the contract between ‘eve’ and ‘noontide’; the mirror tells him that he is declining into old age but he feels like a robust young man. He is in the evening of his life but in his heart is a young man’s passion. Though he feels young, he honestly admits that he looks old. Since it is not possible to turn back time, the poet would have felt better if he had felt as old as he looked.

Summary – Analysis of ‘I Look into My Glass’ by Thomas Hardy

The poet on looking into a mirror (‘looking glass’), sees his aged visage. He wishes that God should have made his heart and the feelings in it as old as his skin. If that happens he would be able to bear the absence of love for him in others (‘hearts grown cold to me’) with equanimity. But, time, in order to spite him, takes away something while retaining others. While his body is at its ‘eve’, his feelings or his emotions are at their ‘noontide’ or zenith. The poet finds it hard to reconcile the dichotomy in his body and his emotions.

Analysis – Analysis of ‘I Look into My Glass’ by Thomas Hardy

The poet looks into a mirror and sees his skin is dry and withered, a sure indication of old age. He wishes that God would make it happen that his heart, that is his feelings, too becomes that of an old man. If that were to happen it would not hurt if some did not reciprocate his feelings. He would be able to then wait for his death without being perturbed. But time plays mischief by taking away something while retaining others.

Here his youthful appearance has gone but his feelings remain robust. He compares his body to the end of a day whereas his emotions are at their meridian. The poem is dominated by contrasting images of eve and noon. Passion which is at its zenith seems to shake the “fragile frame” of the body which is aging fast.

Hardy uses several words connected with age to conjure the image of a person who is aging fast. These are ‘wasting’, ‘shrunk’ and ‘thin’. Later he contrasts ‘eve’ with ‘throbbings of noontide’. Time is personified in line 9. To make the poet grieve, it robs him of something precious but leaves behind something else. The poet projects the image of a person who passively suffers at the hands of others. Thus there are “hearts grown cold to me” and “Time, to make me grieve”.

The mood of the poem is gloomy. The poet is passive even when he feels that he is hard done by. He is aging fast outwardly but inside he remains youthful. His feelings are not reciprocated by a loved one. Time too treats him unkindly. He cannot wait for death with equanimity.

Author: Willa Cather Profile: Published Texts: Wilella Sibert Cather better known as Willa Cather was an American writer. She achieved appreciation for her novels of frontier life on The Song of the Lark, the Great Plains, My Antonia and O Pioneers! She was born in Gore, Virginia, United States and

Alias Grace is a novel that made Margaret Atwood extremely popular. This plot is being used in the latest media entertainment, Netflix. This goes to prove that the plot is very interesting even today as the plot is based on a real life incident and this makes Alias Grace a