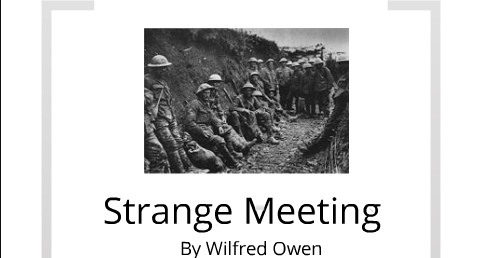 Analysis of ‘Strange Meeting’ by Wilfred Owen – Most of Wilfred Owen’s poems were written in a span of one year in a burst of concentrated productivity. The title of this poem, Strange Meeting was inspired by a line from Shelley’s The Revolt of Islam. The poem was written in the spring or early summer of 1918. This poem has been much anthologized and Siegfried Sassoon whose was the most important influence in Owen’s life referred to this poem as Owen’s “passport to immortality”. It is a strong indictment of war and its futility. 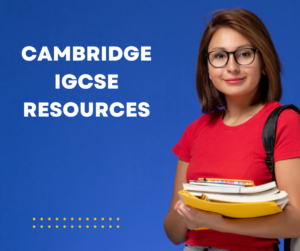 Strange Meeting recounts a dramatic meeting between two dead soldiers who had fought on opposing sides. But now they are no longer enemies and it is possible for them to see the futility of the conflict that kept them on opposing sides. The poem ushers the reader into a nightmare like world where the two protagonists meet under ambiguous circumstances. They talk about the life they missed and the hell like atmosphere in the battle front. Only at the very end of the poem do we know of the identity of the two: “I am the enemy you killed, my friend.”

This poem can be read on several levels. The scene of war, the trenches in which the soldiers fight can all be interpreted in diverse ways. Though the two men in the poem were enemies during the course of the war, they find that they have shared feelings and call each other ‘friend’. But only away from the battlefield can they find common ground. Though the poem describes hell, it seems to suit the descriptions that soldiers have often made of the battle front – the hoarse cries, the groans, the blood and gore. Through all this comes the message that war is a futile exercise. It solves no problems but only produces more.

The poet seems to have escaped from the battleground but fallen through a tunnel that may have been dug long ago, at the time of Titanic wars. The word ‘Titanic’ is used to convey a sense of the scope and extent of the war. Here in this place there were many people groaning but strangely they seem to be dead. The poet prods these bodies when one springs up and gazes at the poet with a sad expression in his staring eyes. He lifts up his hands as if in an act of benediction but it could also be in an appeal for help. The expression in the man’s eyes and the hall in which they were makes it clear to the poet that having escaped from the battlefield, he has arrived in hell.

Though his face was etched with fear, there was no bloodshed here nor could the boom of guns be heard. The poet consoles the other that there is no cause for sorrow here. Ironically the other replies, that except for the lost years of life and the loss of hope, there is no cause for sorrow. Like the poet, this soldier too had hoped for something better, and pursued a higher form of beauty, perhaps a spiritual one. This was not easy to achieve there on earth; how would it be ever possible to find it here in hell?

The regret the dead soldier feels is for all that was left undone on earth. He could have by his joy made others happy. The truth about war has to be uttered now. The truth is that war is a total waste; that is the distilled truth. Not only are lives lost, the land and everything on it is ruined. Future generations will have to do with what is left behind. The world will be even more ready to jump into the fray, merely following orders and not conscience. Outwardly, there will be progress but that will be meaningless.

These are lines that can be read in different ways. It could be about what poetry can achieve. As artists or poets, people can provide joy and relief. Art could be like water from “sweet wells” that can wash hurt bodies and hurt spirit. He could have done that without reservation, but he was unwilling to be a part of this war.

Even when soldiers have not been wounded, they have suffered trauma. Then comes the final statement from the dead soldier that he was the man the poet killed. He refers to him as “my friend”, not my enemy. Even in this darkness he is able to recognize him for then too he had frowned so. At the point when he was stabbed he had tried to parry and protect himself but his hands were unwilling and weak. Now it is all over and only everlasting sleep remains.

The poem powerfully conveys the argument that war is futile. One need not be a pacifist to understand that. The First World War was followed by an even more disastrous one but still the world smolders. Young lives continue to be lost.